Ask any defensive coach and he'll tell you that defending the C gap – the gap located between the play side tackle and tight end – is essential in stopping the run game. Conversely, the C gap is also where many offensive coordinators want to attack with their run game. Attacking the C gap is a sure-fire way for offensive coordinators to assess how strong your defense is up front. Its guts vs. glory. Can you handle the pressure that a tight end places on the defense by creating that extra C gap? Just for clarification purposes, this report focuses on a three-man surface, complete with a tight end. If you're a pure spread guy, you may not have a legitimate tight end. If you've noticed, recent success from spread teams like Florida, Oregon and Boise State have all come because of the physicality that a tight end presents. So once he lines up next to the tackle, how can you protect it?

Our research found that almost 50% of defensive coaches play a variation of a 7-technique at least half the time within their defensive schemes. We've found that this number is significantly higher than it was over ten years ago. Many originators of the 4-3 front would employ a 9-technique defensive end who would play on the outside shoulder of the tight end. He would be responsible for the D gap, while a stacked outside linebacker would be responsible for the C gap. But some teams didn't have the talent or the size to play the C gap with a second level player and started getting gashed by gap schemes like power and counter. It then became necessary to leverage that C gap with a down lineman on the line of scrimmage rather than a second level linebacker. It's important that these defensive linemen convert recognition time into reaction time. This process requires a complete understanding of blocking schemes and a knowledge of how to physically defeat each block. It's our intent in this report to provide information so defensive line coaches can either verify the stance, alignment and techniques they are currently teaching or discover a better way to coach a specific detail for a 7-technique. On a personal note, I learned a lot from working on this report and will make some adjustments to what I'm doing as Defensive Coordinator at Sequatchie County High School (TN).

For verbiage purposes, there are six blocks and schemes a 7-technique must learn to defeat. They are identified below and will be further explained in this report. It's important to note the corresponding diagrams based on each blocking scheme. They will be referenced continuously during this report.

A drive or base block by the tight end (diagram 1). 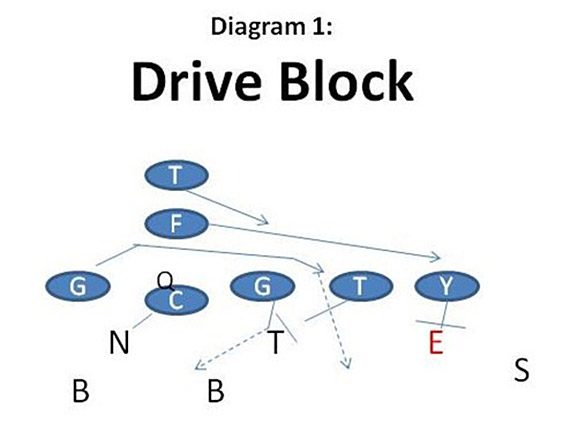 A cutoff block by the tight end, where he will try to gain leverage in the C gap (diagram 2). 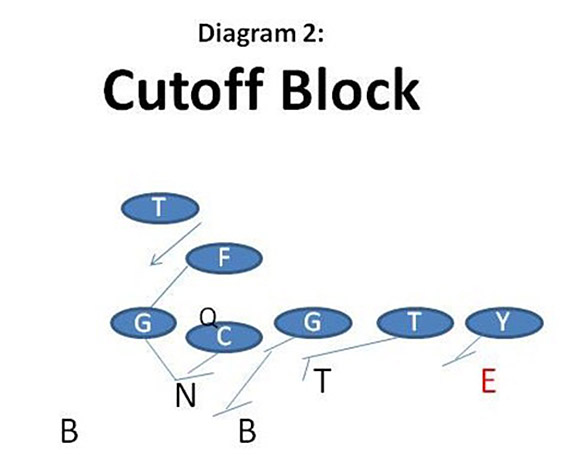 An over-block by the tight end and offensive tackle (diagram 3). 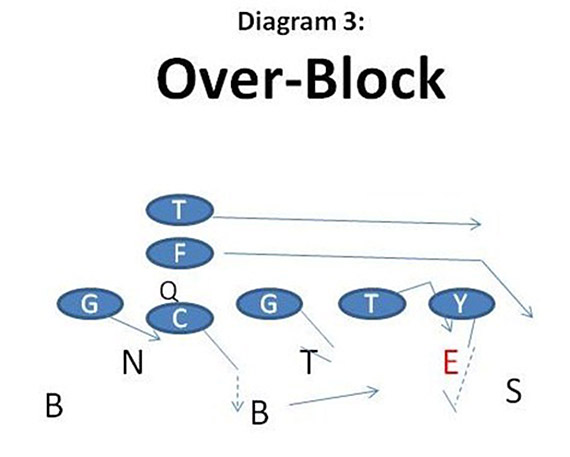 A "T-scheme" by the tight end and offensive tackle (diagram 4). 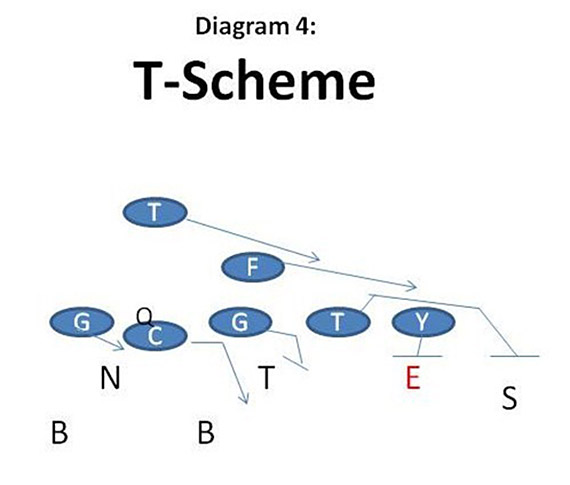 An arc release or fan by the tight end and offensive tackle (diagram 5). 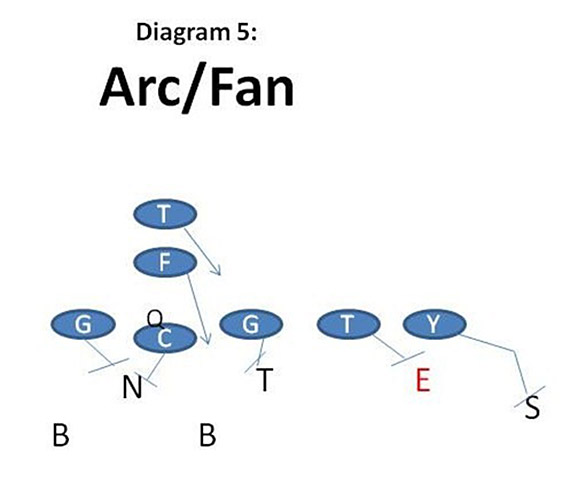 An influence/kick-out by the tight end and a back or pulling offensive lineman (diagram 6). 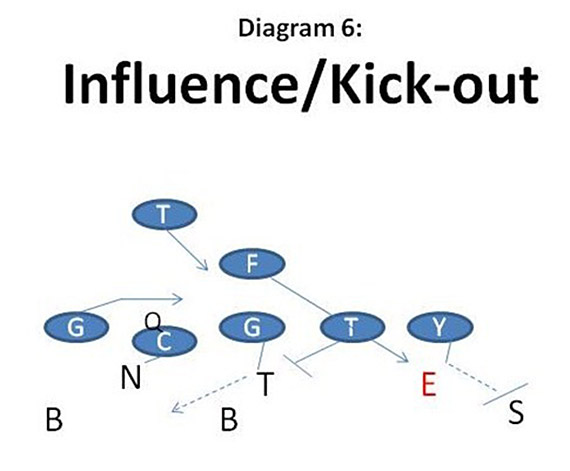