Defensively, our philosophy is to put pressure on the opponent’s quarterback and make the offensive play caller worry about how often his quarterback is going to get pressured. We will marry this with our man coverage. With today’s offenses being so multiple in terms of formations, motions and personnel, it was getting harder and harder to predict which blitzes would work vs. different game situations. To make this situation better, we did what the offensive side of the ball has been doing for years and just created a blitz-on-me system.

In the past we would call a blitz, and hope that the pressure matched the formation called or our kids could adjust quick enough to still get the blitz to come from where we wanted it to come from and have everyone covered. For example, we would call for a pressure with a blitzer off each edge. Thinking that a two-back formation was coming, we would practice against a two back set all week. However, during the game when the blitz was called; the offense wasn’t in two-backs any more but a two-by-two open look.  Since, we are 4-2 box with one high at all times, the pressure vs. two backs would be easy to teach and install. 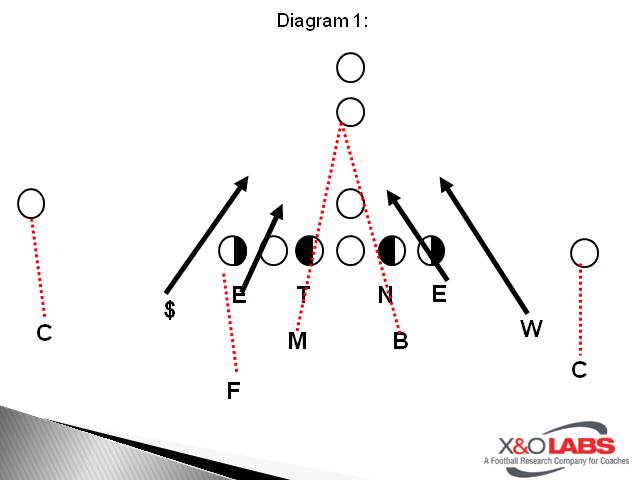 In this example, the outside safeties would come of the edge and the FS would lock on the TE or #2 and the inside backers would be man on the backs. 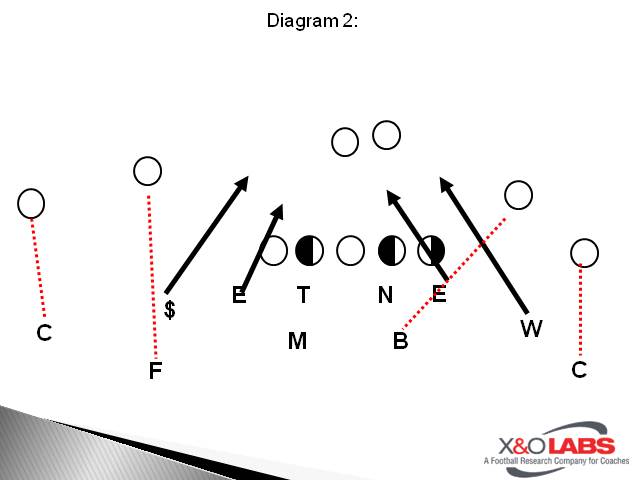 Instead if they came out in a one-back two by two set both outside safeties couldn’t come unless you put an inside backer on one of the inside receivers, and that was something that we didn’t want to do. 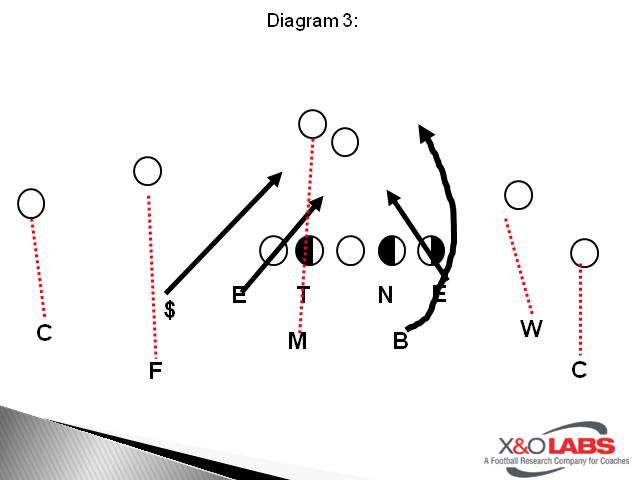 So to rectify the above situation, we would have adjustments to the blitz called based on the formation that the players saw and the inside backer would blitz off of the edge instead of the safety. If we called both outside safeties to blitz, but they came out in one-back, it would be one adjustment and if they came out in trips it would be another adjustment. We were spending so much time in our blitz period just adjusting to formations and hoping the kids could figure out the right blitz. We also found out that kids were thinking too much and not blitzing aggressively or not blitzing at all, there was a classic case of paralysis by analysis.

Just to be clear, we are not blitzing every down or having an automatic to every formation. We are using a buzzword to mean we want to blitz this down. Based on formation or hash the players would perform the blitz that we wanted for that week. Let the kids come up with the buzzword. This year the word for us was NASA. Come up with a word that means blitz and the formation will dictate what type of blitz you will be in that week. To create a blitz-on-me system, you need to have a good idea of what teams will try to do based on formation, down and distance and hash. Film study and use of data is invaluable in determining this information. Once you have a good idea of what offenses’ tendencies are in certain formations and down and distances, you can go ahead and make your pressure system based on what the offense is doing and their protections schemes in those formations.

Against teams that predominantly sprint out from a two-by-two look, we would send an outside backer and an inside backer off of the same edge always to the side of the back. The defensive end to the call side would slant inside also. Most offensive tackles would just lock onto that slanting end and leave two edge rushers vs the back. 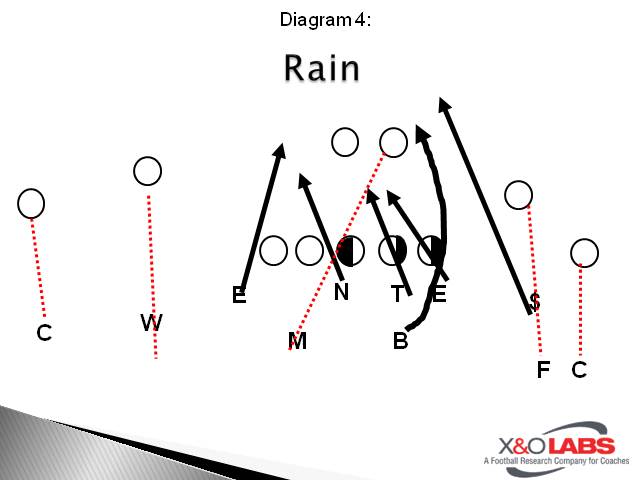 Rain meant the blitz was coming right and the defensive line slanted away from the call. This is a very important point, the defensive end opposite the call had to really get a good up field pass rush because the QB would see two rushers off of the edge and try to scramble opposite. 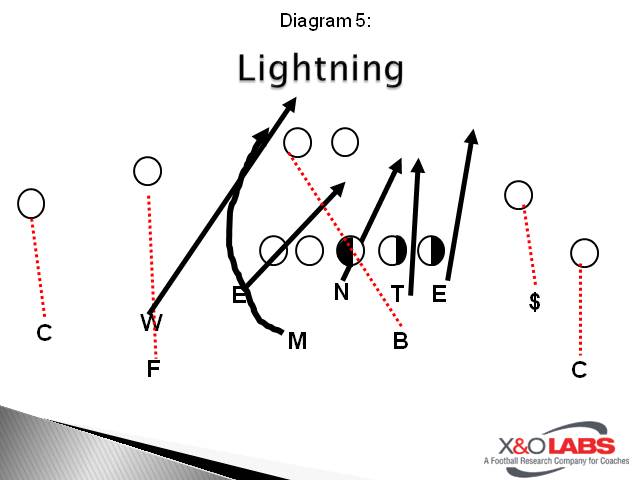 Lightning was two off of the left side and the defensive line slanted opposite. We would also have a word that meant the blitz was also coming from the field. We would also do this vs. teams that we knew from film study would use a six-man protection with half slide and half man protection. The alignment of the back usually showed which side was the man side of the protection and would be the side we send the two off the edge from. Teams have struggled to account for four rushers from the same side.