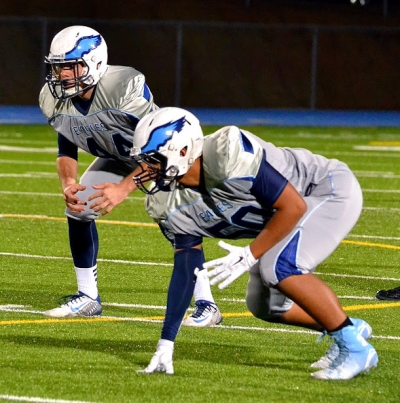 Stopping the run. It has been and continues to be the most important job of any defense. That said, the task is getting harder to coach to this philosophy when teams are willing to pass the ball 80% of the time. And with that the days of having seven or eight players in the box are all but over.

Our 4-2-5 defense uses the fifth defensive back as a rover leaving our box only with six players. We had some great success in a league where the Oregon style of offense is prevalent with even more of an emphasis on the passing game. We had a bunch of smaller quicker linemen and some decent athletes on the edge and this concept allowed them to do what they do best.

Movement pertains to our fronts and blitzes. We have come up with many fronts and stunts over the past two years and use them all to stop the run. We believe the more fronts we show in one game the more confusion we will create for the offensive line up front. We call defense like it is offense, in that we call a play for the offense to stop, not the other way around. Blitzing is the second key to stopping the run with six. We like to send five and six man pressures at run plays from all different angles. We often lane exchange and loop backers with to create confusion on the offensive line and to create penetration.

I have had the opportunity to be an assistant coach under two great defensive coordinators in my time coaching, Gene Andrews and Dave Waastad. I learned so much from both of these coaches, but the one thing I took away from both of them is how to be patient as a play caller.

I know stopping the run with six in the box appears to leave some giant holes in our defense and flies in the face of everything we have all been taught as defensive coaches, but we have found success within this scheme all comes down to is patience. As I am patient as a play caller, we will find a combination of a front and blitz that will stop the other teams run. It takes a lot of preparation throughout the week and some outside the box thinking, but it works. If our kids are playing fast and loose we will make up for any one big run with a bunch of swarms, TFLs, and takeaways.

We feel each kid should not only know their specific job in a call or play but his specific role for our defense. Here is how we break down and describe these players and their roles: 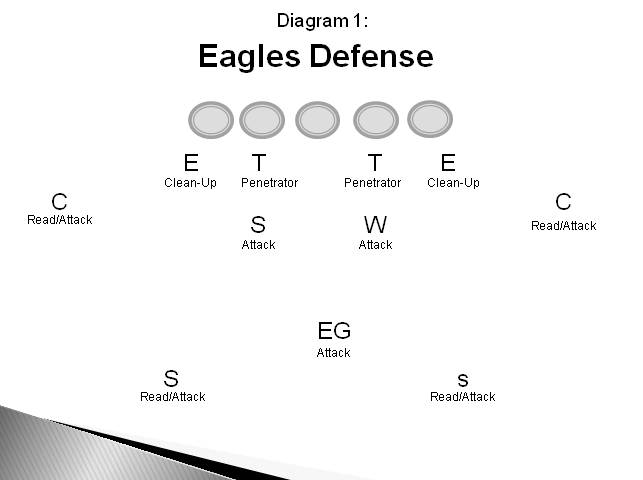 Penetrate Players: These are our defensive tackles. Aside from an occasional anomaly, our defensive tackles average 5’7 and 180 pounds. They are undersized, strong, and quick, but not fast enough to play linebacker. The Penetrator position gives them a chance to be successful. Their only job is to get up field and cause havoc in the backfield. We want them to make plays not suck up blocks. Teams are forced to double our smaller tackles because our tackles make plays. The double teams allow our Backers the ability to play freely without lineman in their face also making it possible to play with six in the box.

An obvious weakness of this approach is the susceptibility to the trap block. Fortunately, teams that we have faced do not run trap as much as they used to so the fear of getting trapped is not there as much. That said, we work trap every single day to make sure they are prepared for that situation.

Cleanup Players: Our defensive ends are our cleanup players. This is unquestionably the hardest position in our front six. Perhaps the hardest part is that patience is critical for our ends. We tell each end not to get greedy and be patient because the ball carrier will end up coming to you. The tackles penetrate so well that our ends just have to sit and plays will fall right in their lap.