Every coverage has a weakness. Offensive coaches know and understand what those weaknesses are and how to exploit them. As offenses continue to reinvent the wheel and add RPOs to their playbook, it seems like most good defenses are scaling back. Utilizing sound coverage principles and simple, time-tested, coverage checks are still a great way to defend most any offense.

Quarters coverage is easily one of the more popular coverages at all levels of football, but good OC’s know how to attack quarters teams. The simple trap check is a great addition for any quarters team. Trap allows a cornerback to “trigger” on a route to the flats while protecting any vertical by the #1 WR with leverage and help from the safety. Trap allows us to maintain our Cover 4 principles that we like versus drop-back-pass concepts while easily adjusting to quick game concepts that offenses like in most down and distance situations.

One of the biggest flaws of Cover 4 is the ability to defend the flats. Most defensive coordinators are going to place an emphasis on stopping the run. While Cover 4 does add safeties to the box to assist with the run game, the defense is giving up the flats if they keep their LB’s or APEX players attached to the box to defend the run. 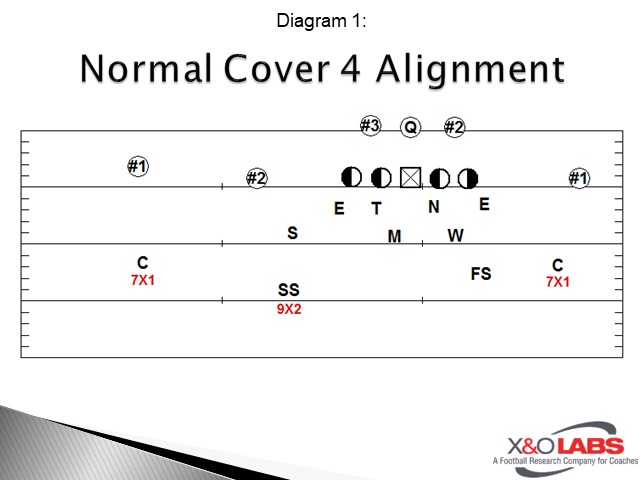 Widening the LB’s/APEX defender gives the offense a potential numbers advantage in the box and makes the defense more susceptible to the run game. With so many teams using some form of RPO, defenses are often having to pick their poison and remain vulnerable in one phase or the other. Using a Trap check in your quarter’s coverage principle will help your defense handle quick game concepts while remaining strong against the run.

Our Trap check is an easy way of marrying your Cover 4 with Cover 2 principles while protecting your outside linebackers and run-game integrity. Trap is safe against four verticals and safe against 2x2 quick game staples like fade/out, smash, or all hitch.

The basics of the Trap check are easy to install and implement. I like to start by teaching the concept and then training them on when to utilize the check. The concept starts with an understanding that we want to maintain inside leverage and “zone eyes” in the coverage.

In Trap, our corner will take his normal Cover 4 alignment which is 7 yards from WR and 1 yard inside). 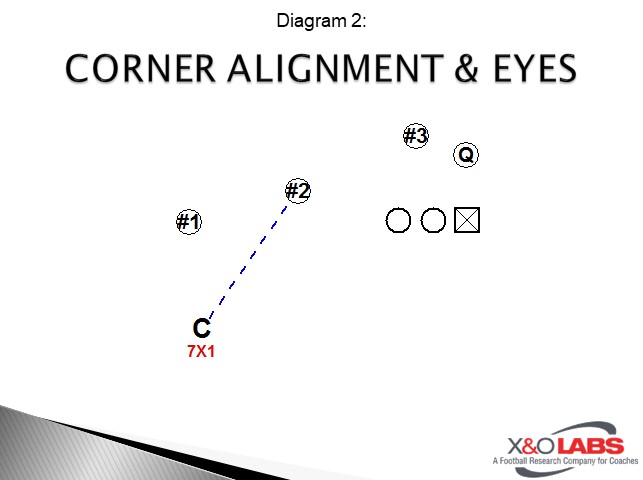 Once we have made the Trap check, his alignment does not change. What does change is his eyes.  The corner will key the #2 receiver. We teach “three shuffles & go” to our cornerbacks for their read steps in Cover 4. Those steps do not change with the Trap check. What we ask is that the corner read the #2 to activate his “go” based on their route. If the #2 WR works either vertical or inside, the CB will snap his eyes to #1 and work to maintain his inside leverage. 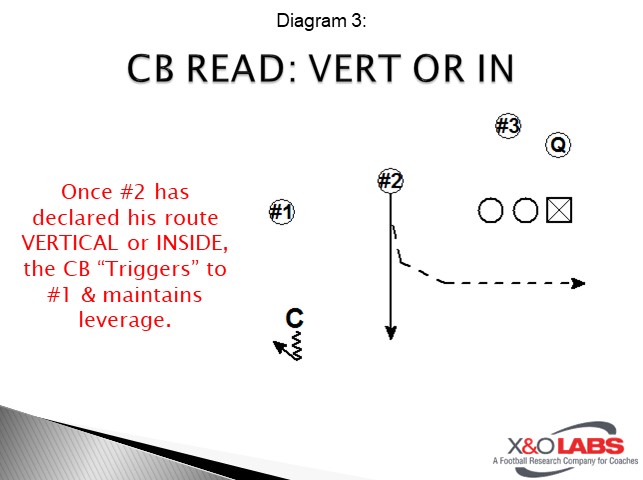 If the WR works outside in his route, then the corner will “trigger” and jump the outside route by the #2 WR. 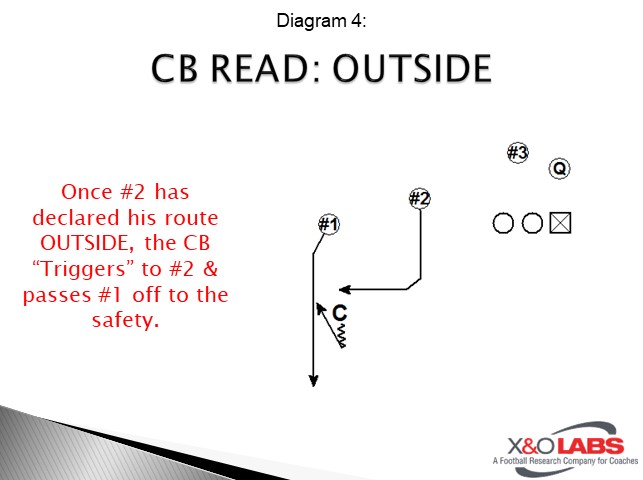 The hardest thing for our cornerback to read is a hitch route by both WRs. He has to understand that he can’t see a hitch by #2 and immediately drive #1 because he expects a hitch on the outside too. As a coach, I must remind him that we will give up that hitch if it means protecting against a double move. If we can drive the ball when it is thrown and tackle him where he is standing when he catches the ball, then we are doing a good job.

In our traditional Cover 4, we ask our Safeties to align 9x2 (9 yards deep X 2 yards inside) from any #2 receiver that is removed from the formation. In Cover 4, he is reading the nearest uncovered lineman for his run/pass key and then getting his eyes to #2 for his coverage drop. Any time that we make a Trap check, we want the safety to show the same alignment then gain depth before the snap. Ideally, we would prefer that the safety get to 12 yards deep in a Trap check. For his read, the safety will simply follow #2 with his eyes and body.  If the #2 WR works vertical then the safety will match his vertical stem while maintaining his inside leverage. 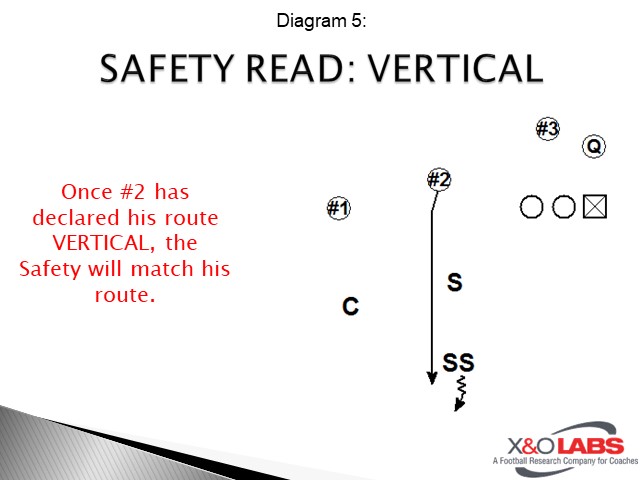