Our “trap” trips coverage is just one call we use to help defend an offenses RPO concept. This call allows our conflict defender to be in a better position to defend the run and pass. Shortening the space and number of receivers our outside linebacker is responsible for allows him to be a better run support defender. Trap is best when expecting a bubble/stick or stop route concept. However the rules we have in place make it is still safe to run if the offense runs a 4 vertical concept. We are a split field coverage team against any two by two set, but normally we flip to a full field coverage against any 3x1 sets. Our base alignment as a 4-2/4-3 defense to a 3x1 set is shown below (Diagram 1). 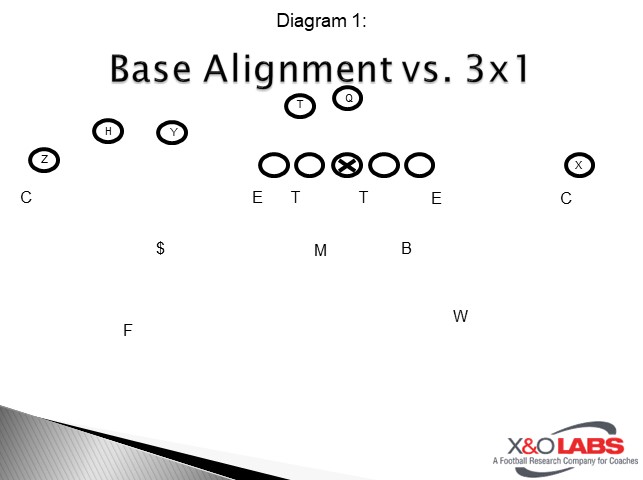 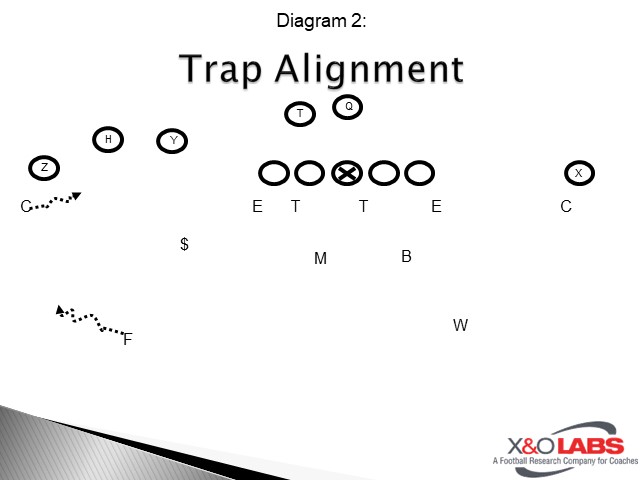 As you see in the diagram above, we will work out of our base alignment immediately before the snap to shorten the formation. 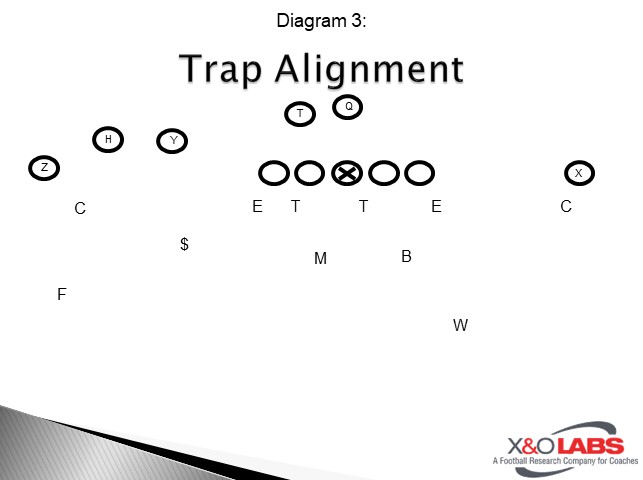 Above you see where the base alignments should be as the ball is snapped. We want the corner and free safety to hold their movements as long as possible. The longer we can disguise the movement of our secondary, the better off we will be.

Strong Safety: The $ moves his alignment from outside the number 3 receiver to the inside shoulder.

Corner­: The corner moves, according to the snap count, to trap the outside hip of the #2 receiver.

Free Safety: The free safety moves his alignment from 10x2 inside the #2 receiver, to 8x1 inside the #1 receiver.

Weak Safety: The weak safety base alignment is 10x2 outside the end man on the line of scrimmage.

His first pre-snap key is offensive tendencies based on running back location. Before the development of the RPO for offenses, the key for reading run/pass was usually end man on the line of scrimmage (E.M.O.L.). Now our strong safeties run/pass key is the backfield action. The option you want to eliminate most will ultimately decide how quickly he triggers on run. Allowing him to sit on the stick route is crucial to eliminating big plays. 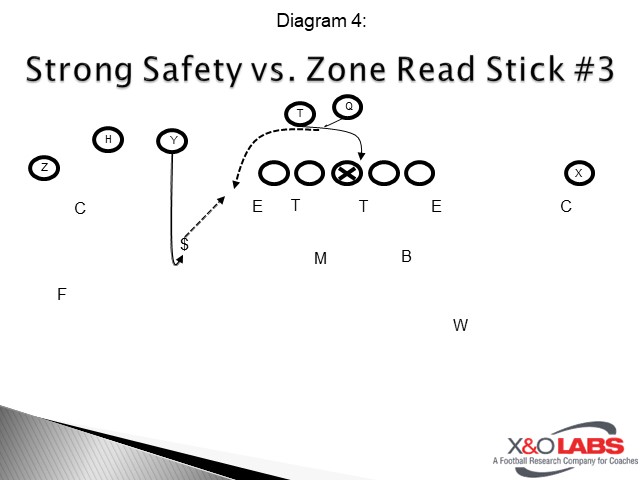