In an effort to make sure we were as thorough as possible in our research, we wanted to devote this last case to defending the various "problem areas" in Quarters coverage.  We all know that every coverage has its weaknesses, and Cover four is no different.  So we asked some of our sources directly, how they best defend the following "Quarters beaters" that offenses will use against it: 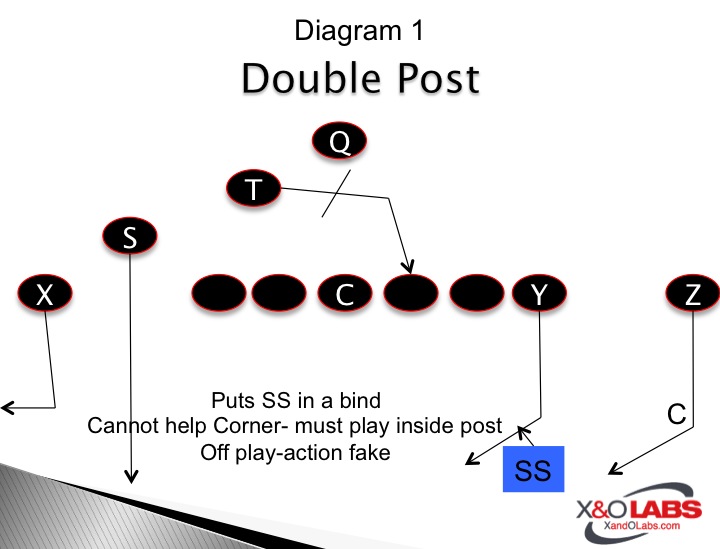 Perhaps the most popular Quarters coverage beater is the double post concept.  As shown above, the purpose of the double post is for the number-two receiver to occupy the deep safety, opening up the middle of the field for the number-one receiver.  It’s a concept most successfully used with a run-action fake, just to get the Quarters safety downhill to open up the middle of the field.  Take a look at a clip from last season’s Outback Bowl to see how the University of Michigan was able to scorch South Carolina on the double post concept out of an unbalanced formation.