Because so much of playing Quarters coverage is adjusting to various offensive formations, we tried to find a way to compartmentalize offensive structures in ways in which makes it easier for defenses to recognize.  While we realize that all coaches may have their own methodology in doing this, we searched for a common denominator in which most coaches would agree.  So, if Quarters coverage is truly a split-field coverage, there can really only be a few variables for each side of the formation:

No Wide Variant (Diagram 1): No wide receiver to the side of the formation.  This can also be referenced as a "nub" side. 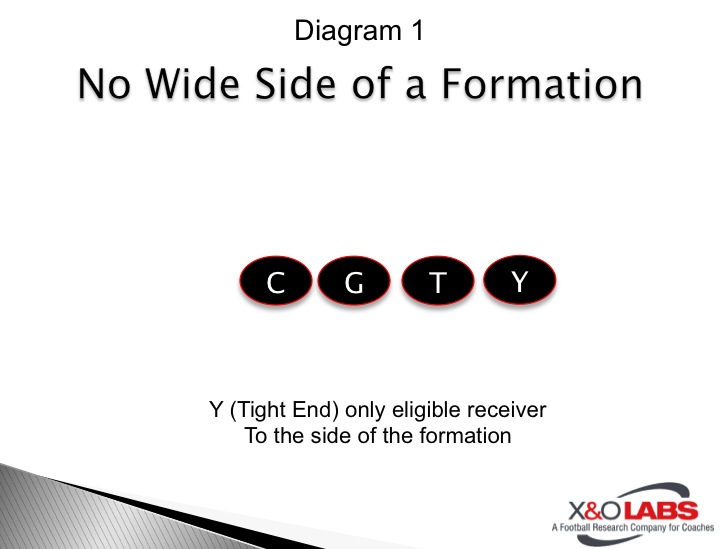 Single Wide Variant (Diagram 2): One wide receiver to the side of the formation. 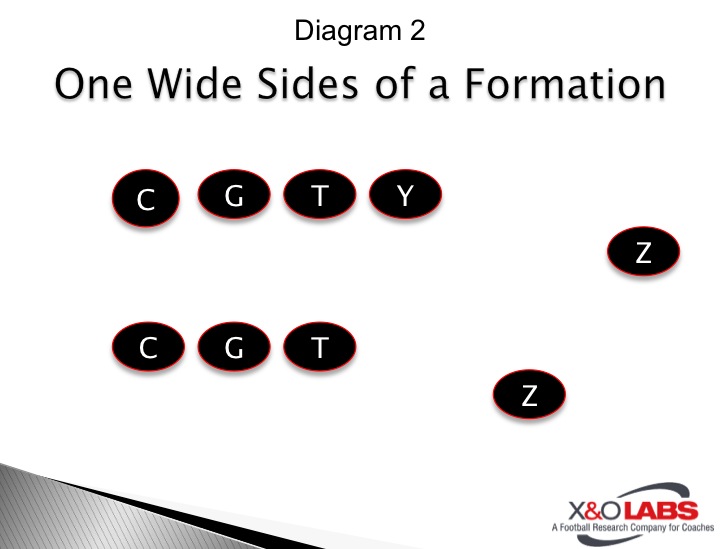 Double Wide Variant (Diagram 3): Two wide receivers to the side of the formation. 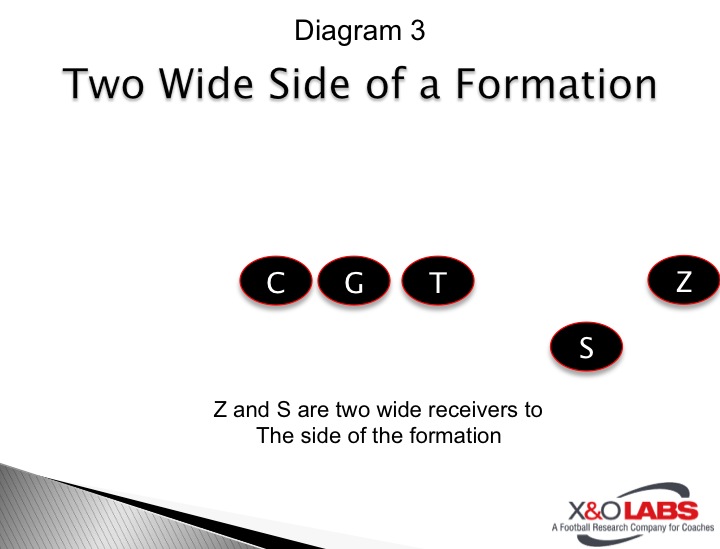 Triple Wide Variant (Diagram 4): Three wide receivers to the side of the formation. 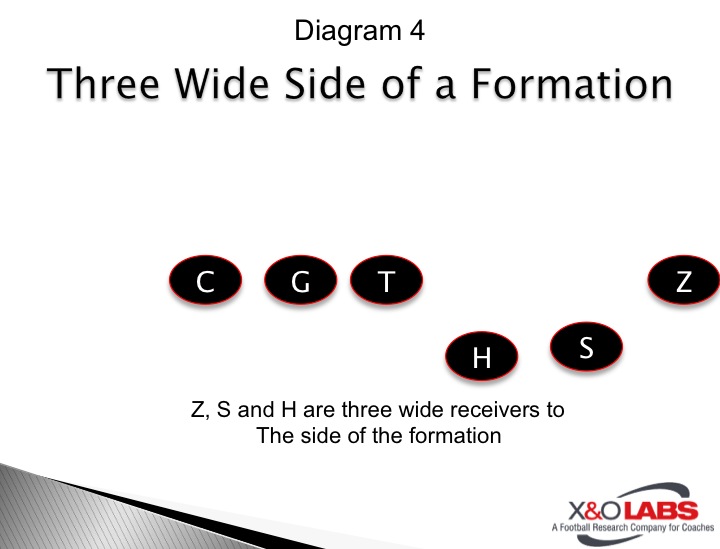 There are two other variants that should be discussed, because they could present adjustment issues to the defense:

Wing Variant (Diagram 5): Tight End/Wing to the side of the formation. 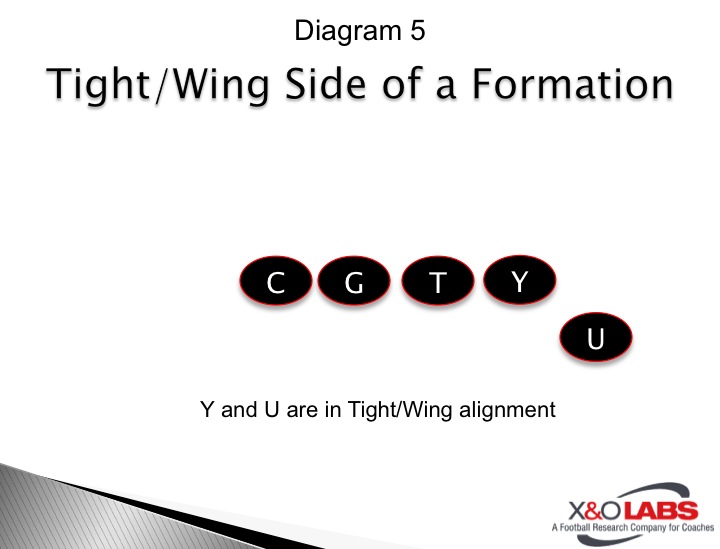 Slot Variant (Diagram 6): One wide and slot to the side of the formation. 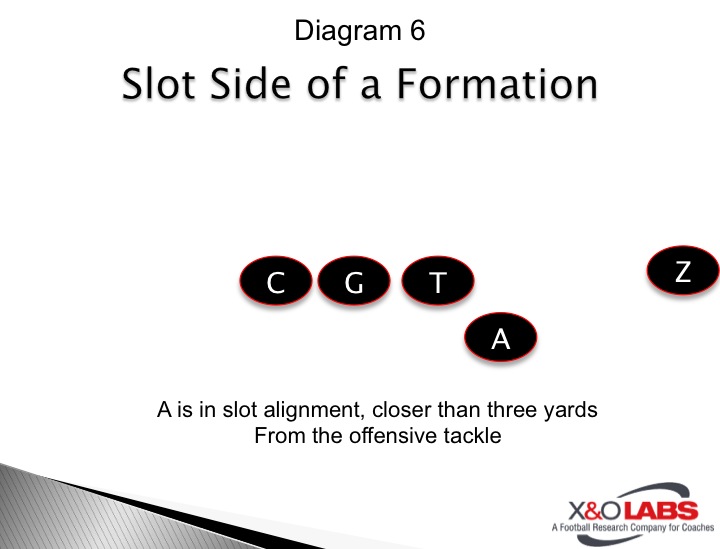 Now, how you structure your coverage to adjust to these formations can be completely up to you, we will only present what we’ve found to be the most common adjustments to those various offensive variants presented above.  We’ve found that introducing all of these concepts early in fall camp or in the spring would be entirely beneficial.  Of course, these adjustments can change during the course of the season, based on your schedule, but at least it serves as groundwork for installing the defense.

It’s the same process that Nick Rapone, now the secondary coach with the Arizona Cardinals, undergoes each season.  "The whole key is to use all of your different force calls and adjustments to your advantage," says Rapone.  "They affect the corner, safety and linebacker to that side.  Then you just pick and choose each game which one you’d like to use.   That’s the key to running the whole Quarters system.  Before you know it, you have multiple coverage’s but you’re just playing quarters."

Once spring practice starts, Rapone gets 15 minutes of group work with his corners and safeties.  The first 10 minutes are on one-on-one’s and the last five minutes are just working cloud, club and combo - three of his Quarters adjustments that are detailed later in this report.   "Once they know those four changes, they can get themselves in and out of any formation they face - minus split, plus split, etc.," says Rapone.

Pat Narduzzi, the defensive coordinator at Michigan State, starts the entire process every week, as he "self scouts" his defense every Sunday.  He used a Quarters scheme 65 percent of his snaps this season - which is quite remarkable considering the various offenses he sees in the Big 10 each week.  But, says Narduzzi, that’s the beauty of the coverage.  It can adjust to all different formations and defends everything. Narduzzi calls it "a players defense" because it lets them make plays.  "Our Cover Four is good for run and good for pass - whether you have five wide outs or one wide outs," he told us.  "So many offenses now will shift and motion from different formations, so I’m not going to get stuck being in a coverage that I don’t want to be in. Quarters gives you the flexibility to adjust."

Narduzzi has over 20 variations of Quarters coverage - we didn’t have the time or resources to divulge all of them - but he did recommend using 4-5 could get the job done.  "We don’t use all of them in the game plan," he told us.  "Maybe we’ll come in with 10 and use four during the course of the game.  I go into the game plan with enough tools to adjust to problems. I don’t spend the majority of time using one or two adjustments, because then I’m guessing anyway of what they’re doing."

Narduzzi will make adjustments based on each series, and not wait until halftime to do so.  "Really we don’t put in new coverage’s, we are just remembering how we played a certain scheme and changing things around," he says.  "We introduce them all during camp.  We want to have as many tools as we can.  Once an offense exposes a deficiency in a coverage that we’re using, we simply just tweak it to a different adjustment.  Amazingly, they don’t run it again anyway." 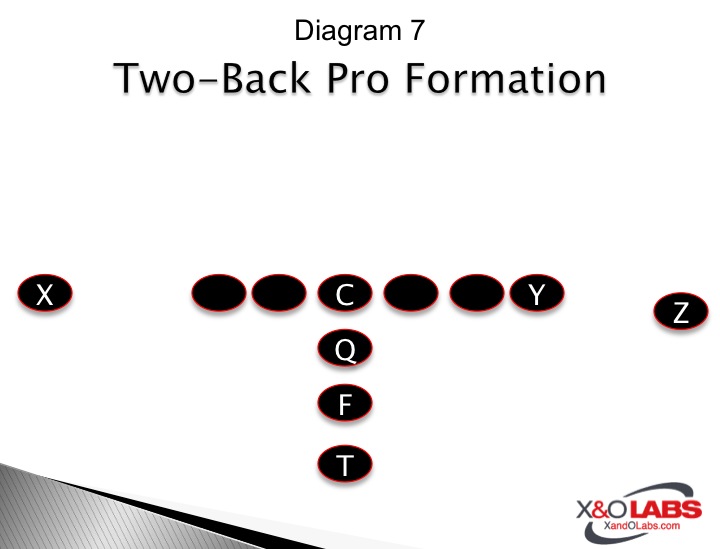 Since this is usually the starting point for most offenses, we will start here on defense as well.  When conducting our research, this is an area we wanted to explore.  There are various schools of thought on this formation.   Some coaches feel as if an eight-man front is needed to play against two-back offenses, thus opt for using man-free or Cover Three principles against these structures.  Chris Ash, the defensive coordinator at the University of Arkansas is one of those coaches.  Ash prefers to play more of a "Field Under" defense (Diagram 8) against two-back pro-style offenses because of both a numbers disadvantage and a depth disadvantage for the safety. 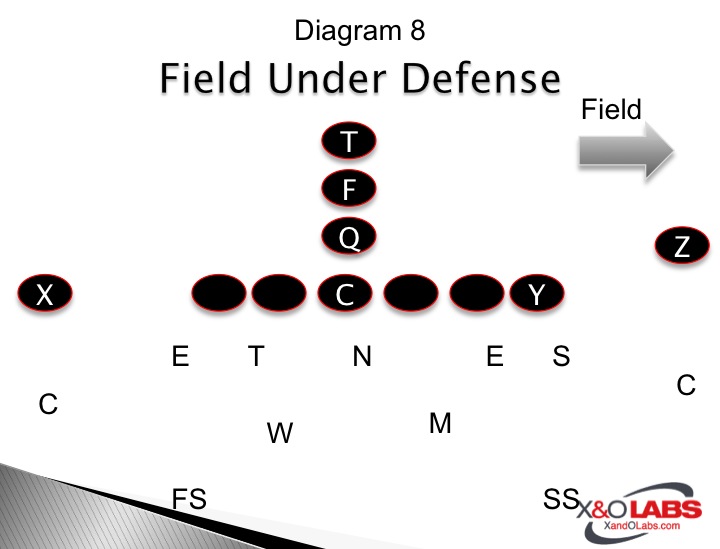