Pattern Read Coverage Out of the 3-4 Defense 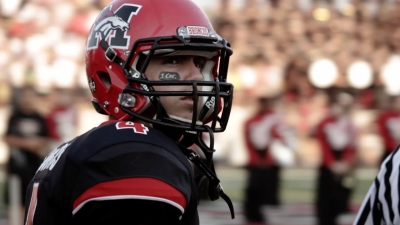 Five years ago, we transitioned from a 4-3 to a 3-4 in order to be multiple and defend the up-tempo spread offensive attacks that we’re seeing every week. For the longest time, we taught multiple coverages to our players, but increasingly we felt that calling certain coverages to formations was a guessing game and allowed offenses to somewhat “have the pen last”. As spread offenses became more prevalent, we felt the need to teach a concept coverage that would allow us to fit the pattern as opposed to having potential holes in a called coverage. That is when we moved to a pattern reading system.

When we made the transition to pattern read, our production went up and our points per game allowed went down tremendously. We now fit the route combination and make high school quarterbacks make the decision as opposed to us jumping routes and making that decision for them. So many times when we would call coverage in the past our defensive backs would play more programmed. With pattern read, our DBs learn route combinations and improve their eyes. The better our eyes have become, the more our production in the secondary has improved. This clinic report will cover how we teach our defensive backs how to pattern read at Mustang High School. 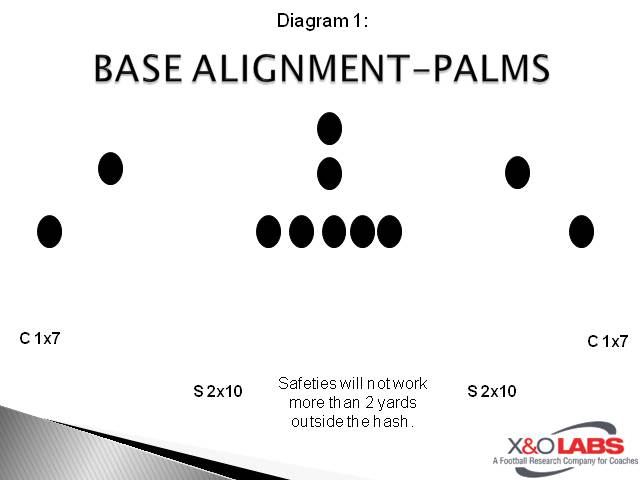 Both the safety’s and corner’s primary key is the QB. We read the QB to clear the run game and the quick game before progressing from there. When he gets a quick game read (bubble, quick throw), our defensive backs know to react and play aggressively (Diagram #2). Our coaching point on quick game is “if the ball goes we go,” meaning we will quickly attack a quick throw. Conversely, “if the ball doesn’t go, we don’t go,” meaning we will be ready for a Bubble and Go or any pump fake and throw. Once we have cleared the quick game, we get into our pattern read progression. Since switching to “Palms,” we have virtually eliminated the Bubble and Quick throws. This is something that we will teach during our individual time in practice on a daily basis so that it is second nature. It is also great training for getting the defensive backs’ eyes right as they must quickly read the QB. 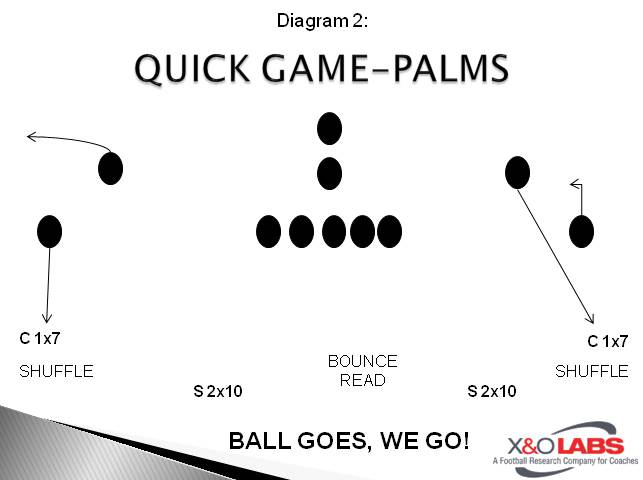 The first day we install “Palms,” we demonstrate to our defensive backs the progression of Ball-2-1. Once we clear the run game and quick throw, we start our progression reading #2-#1. Once the QB shows pass, the #2 receiver can release one of three ways.