In our base 4-4 Cover 2 Robber system, our goal is for our outside linebackers (OLBs) to be run stoppers first. In our league, we compete against three, very tough, double-tight, full house backfield offenses, which run 90% of the time. Overall, 70% or more of the plays we will see from our remaining opponents are run plays, as well.

So we are all on the same page, when I speak about the 4-4 Cover 2 Robber system, we have two OLBs, two corners, and one free safety. 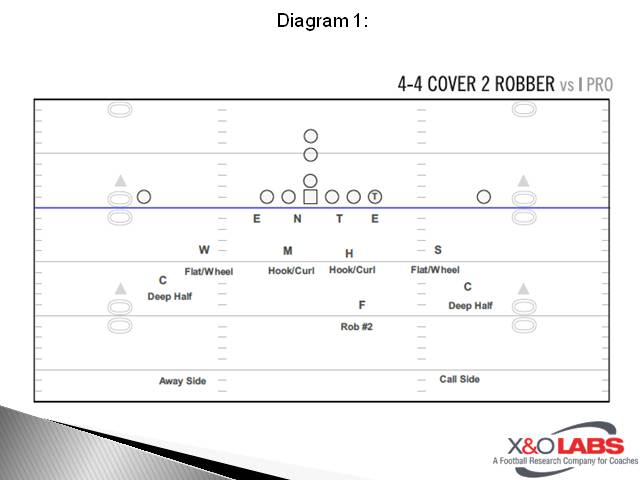 In our system, we have a “Call Side” OLB and an “Away Side” OLB. Before each play, the free safety communicates a directional call telling the OLBs which side to line up on and what side the free safety will be on. 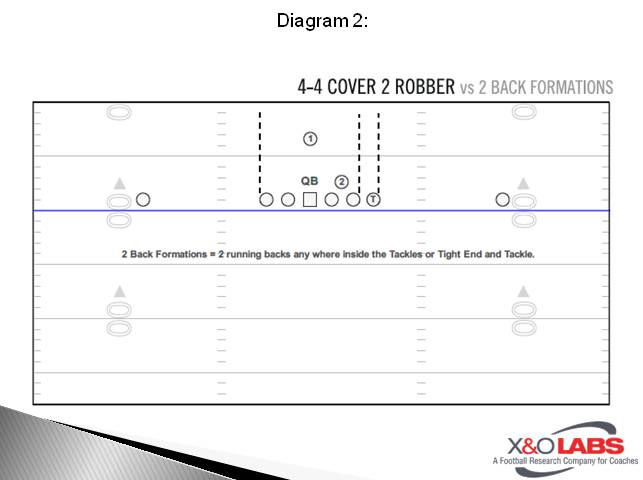 When we see one back spread formations, the first coverage adjustments we will make is to keep the responsibilities the same for the Call Side players with some changes to the Away Side. We do have additional coverages vs 2x2 and 3x1 formations; however, our first check keeps the Call Side the same.

The OLBs’ responsibilities are: 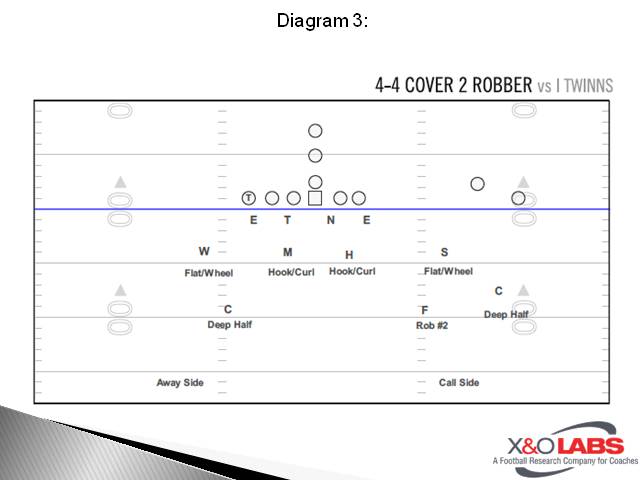 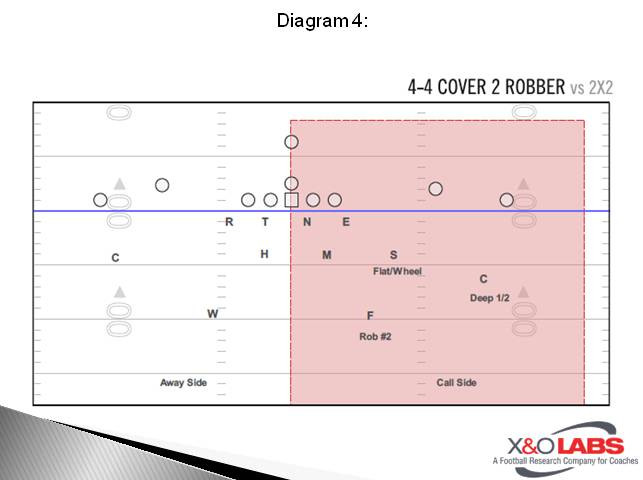 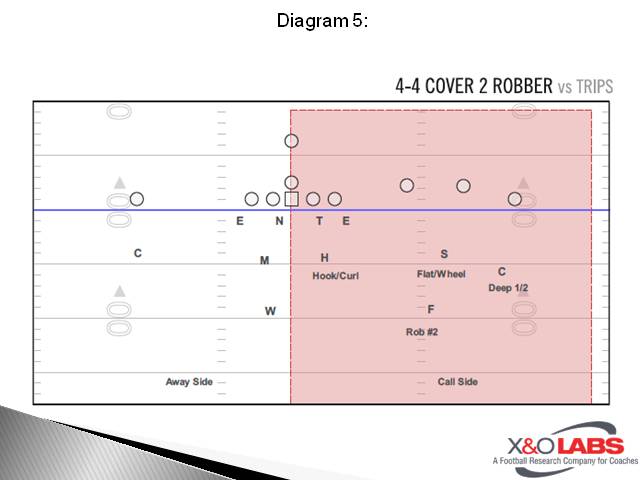