Two-deep, man under coverage is continually associated with third down situations and the last resort to get the defense off the field. But at Sacred Heart University (CT) defensive coordinator Mike Cooke relied heavily on this coverage against all 2x2 open and 3x1 open formations. And while most coaches shy away from using it against 12 personnel, Cooke will lean on it in those situations as well, providing tight ends can be pass catching threats. He installed in a year earlier and it’s been the most efficient coverage concept in the Pioneers, and he mixes it in with other forms of bracket coverage on the perimeter.

“We are complicated on first and second down but when we get into third down, we are doing two or three different things, so people wonder why they can’t complete any passes on us,” said Coach Cooke. The concept has also been extremely efficient in the red zone. “Some coaches will play either zero blitz or bracket in the red zone, but we will play it (two-deep, man under) everywhere. It’s really hard to throw the ball against it.”

This clinic report breaks down how coach Cooke teaches the following techniques: 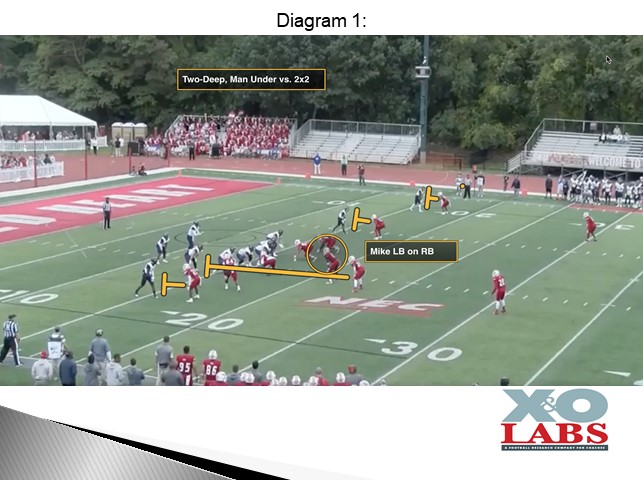 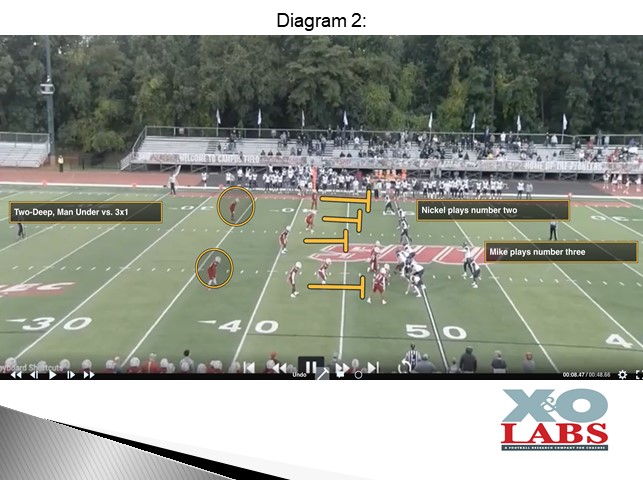 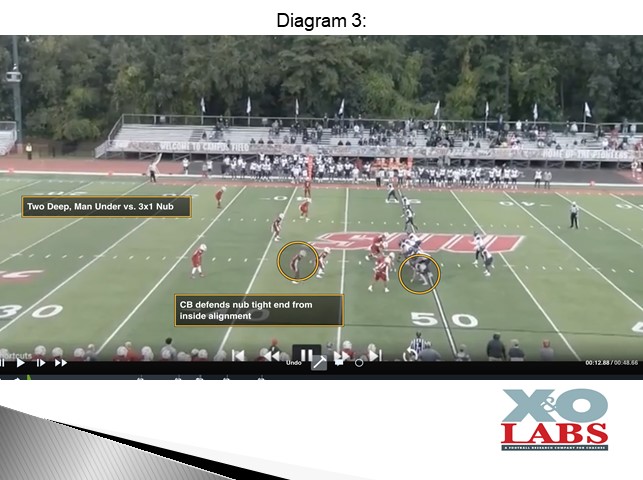 Clearly, this is the simplest of the coverage structure. These safeties have the same landmarks as they would in pure cover two, which is two yards outside the hash, but these players are pure quarterback readers. But the significant difference in two-man as opposed to cover two is that these deep half defenders have help on vertical routes so they can be more aggressive underneath. “They must have great eyes because they are responsible just for the quarterback,” said Coach Cooke. “If routes are shallow, they don’t have to get deep. They can be more aggressive on digs and undercut routers because the interior defenders will work the deep routes in man coverage. They understand that they have trailers. They can play with enough depth and time to adjust to the ball, but they are getting help underneath.”