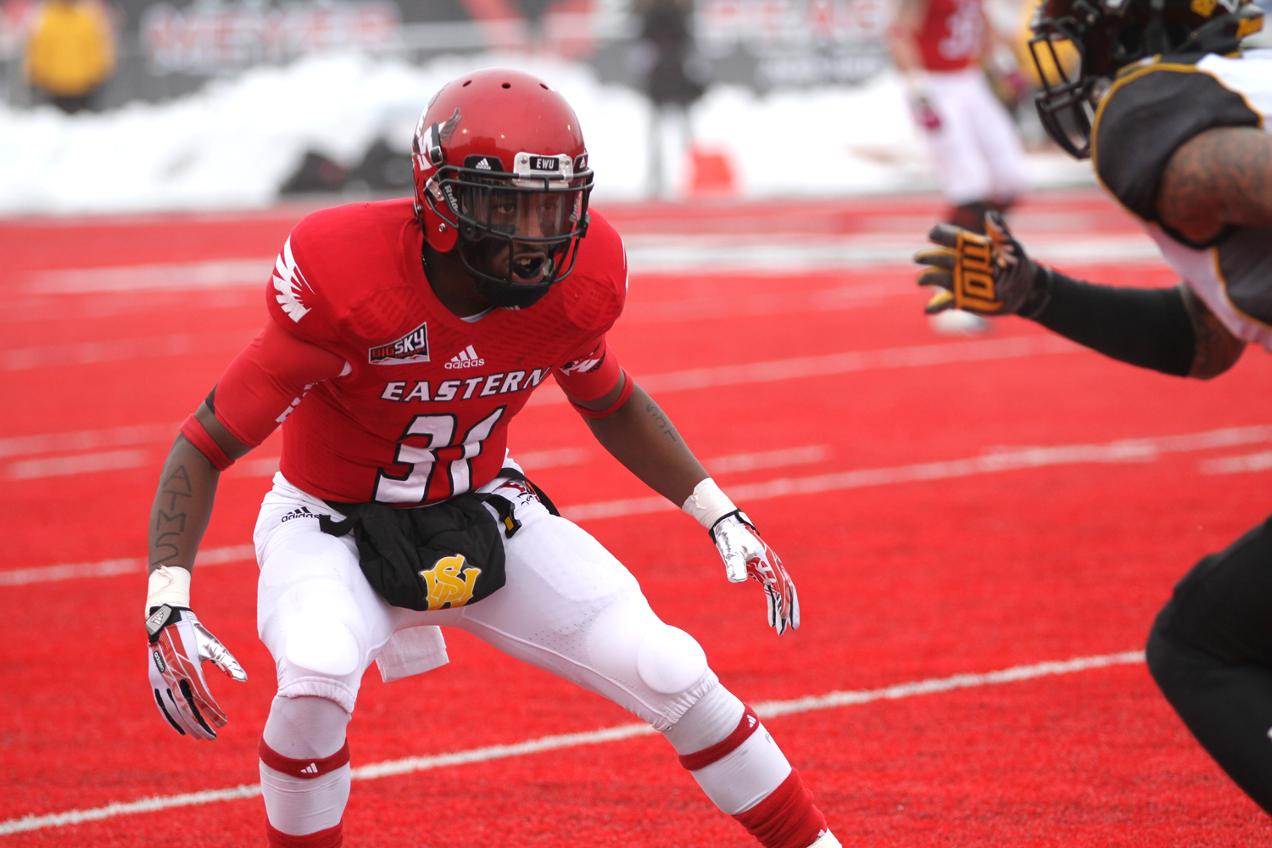 Eastern Washington University prides itself on being a defensive football team, often finding itself in the thick of the FCS playoffs each season. The Eagles are primarily a quarters team that mixes in Cover 3 and Zone Pressures out of a 4-2-5 front. In this clinic report, I will share our Quarter-Man Technique that is used when we are playing Cover 4 and we want the cornerback in an off technique.

When installing a new defensive call to our players, we will always break down the theory, strengths, and weaknesses of the coverage. This allows us the opportunity to explain why we will call a particular coverage at a particular time of a game. 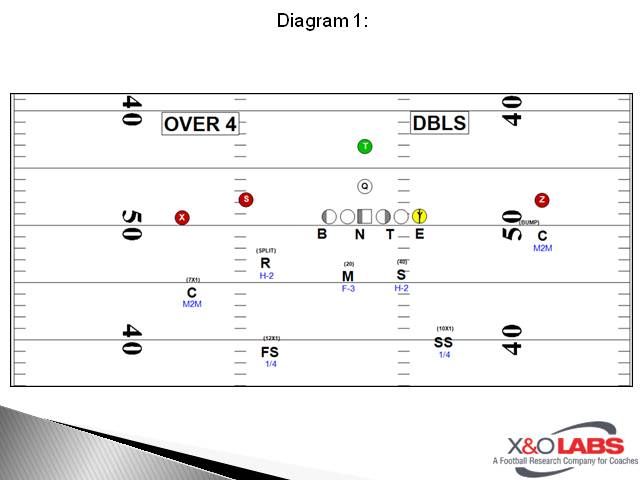 For instance, we tell our players that Cover 4 is a pattern-read man concept that is accompanied by a four man rush. It is not your typical zone coverage, where defensive players are responsible for particular areas of the field. Instead, they are dropping and relating to route combinations that are ran by the offense.

We explain to the defense that there are three underneath match drop defenders, and four vertical attached players. At Eastern Washington, we primarily run this coverage out of our four man fronts and is used on normal down and distance situations.

Strengths and Weaknesses of the Techniques:

When do we play our Quarter-Man Technique?:

Our techniques are based off the position of the first eligible receiver on our side of the core formation. In most situations this will be on a detached wide receiver or an attached tight end.

Leverage on a Wide Receiver (Inside or Outside):

Our leverage within our alignment is based upon the wide receivers horizontal relationship to the core formation. We call this our ‘Split Rule Adjustment.’