Bracket Coverage: A 2-High Answer for RPOs and Gun Runs

While some coaches have made the full transition to defending post-snap RPOs with man coverage, the defensive staff at Northern Colorado has bought into using bracket coverage structures to defend 10 and 11 personnel RPOs. In this exclusive clinic report, UNC safeties coach Woody Blevins details how he teaches his inside and outside bracket rules vs. 2x2 and 3x1 formations, and how he trains the eyes of conflict defenders to recognize run vs. pass. This coverage has yielded less than a 50 percent completion percentage and produced five takeaways. Read the report.

Offenses are changing. They are changing and innovating faster than ever before. Defenses, on the other hand, lag behind. The rise in popularity and effectiveness of RPOs is due, in part, to a lack of knowledge on the defensive side of the ball. Most defensive coaches answer to RPOs is to run a version of cover 1 or cover 3, especially since RPOs were originally built to take advantage of 2-High coverages. But, if you work in a pass heavy conference (i.e. the Big Sky) like I do; living in some form of single high coverage is a recipe for disaster.

The purpose of this article is to give defensive coaches a sound, simple, and productive way to defend RPOs with a 2-High coverage. At the University of Northern Colorado, we call it Bracket.

A basic understanding of RPOs is essential to understanding the practicality of Bracket coverage. The reason RPOs are so successful against 2-High coverages (4, 2, and 6) is because they require a defender to be in “conflict.” I categorize a player to be in “conflict” when he has two jobs to do. For example, in cover 4 the Outside Linebacker is required to fit the B-Gap against the run, but also be the 2-relater/wall player against the pass. 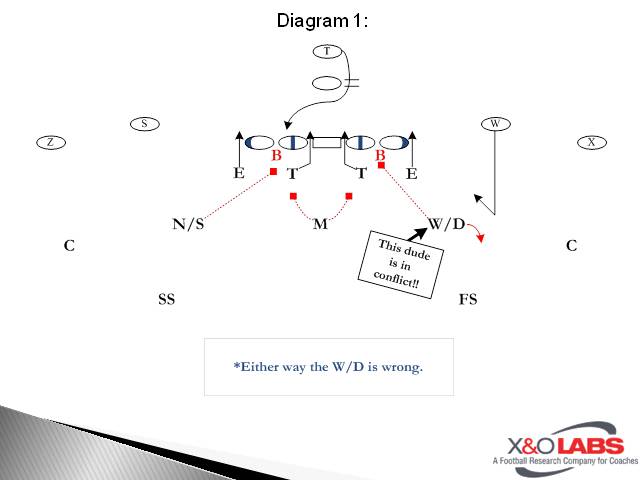 Pre-Snap: There are many good ways to put yourself in an advantageous position against Pre-Snap RPOs (mainly by alignment), but I will not have enough time to touch on these RPOs. 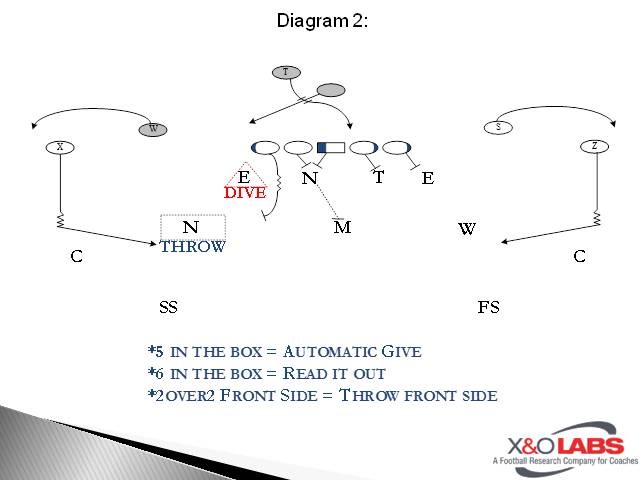 Box RPOs: Offenses read a defender who is responsible for a gap within the box. We also see 3rd Level RPOs in this family, but I won’t discuss them in an effort to keep this simple. 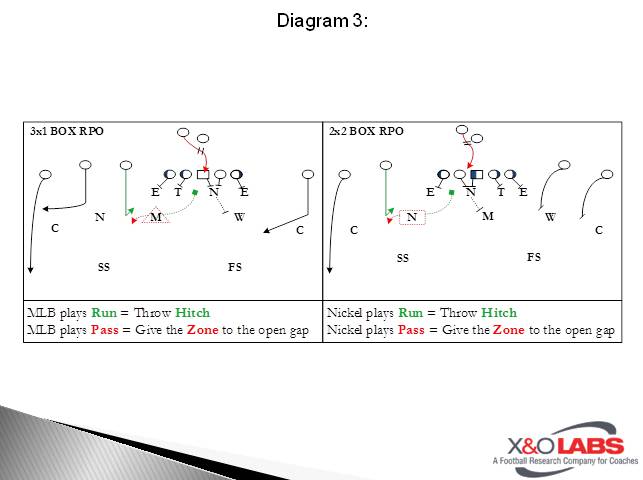 Now that we are all on the same page we can begin to discuss how to defend RPOs.

Bracket coverage was initially built to stop the Read Zone Bubble (Perimeter RPO) run by spread offenses. The more we used Bracket the more we began to understand it and tweak it. Eventually, it became a large part of both our Box RPO defense and base defense as well. The key strengths of Bracket are as follows:

The key weaknesses of Bracket are as follows:

Before I begin to explain Bracket coverage, I want to make it clear that all diagrams will be drawn up out of an even front with an A-Gap pinch by the interior tackles. The sole purpose of the even front and pinch is to simplify the explanation of how the coverage fits against the run. Bracket can be run out of nearly any front.