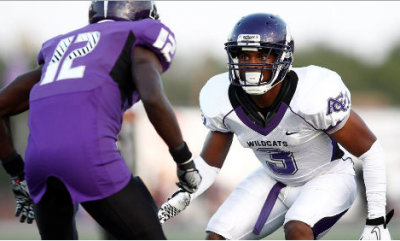 As we discussed at length in our Quarters Special report, the Alert and Palms principle was the best answer to 2x2 open formations.  That said, we did find another interesting adjustment that could be made to handle four vertical threat in the pass game.   Darian Dulin, the defensive coordinator at Abilene Christian University (TX) grew tired of seeing slot receivers get around his outside linebackers and between his Safeties to catch square in routes and skinny posts, which could be an apparent weakness in Quarters Coverage (Diagram 13).  So, he adjusted by walking his outside linebackers out further on the number two receiver and play his Safeties closer to the box - essentially, switching their responsibilities (Diagram 14).  What resulted was a top ten finish in total defense among all FCS schools in 2012, and a design he calls Cover 8. 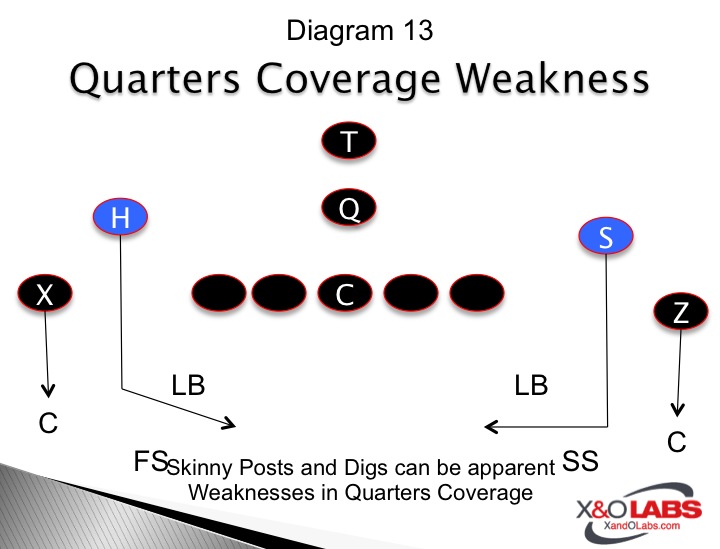 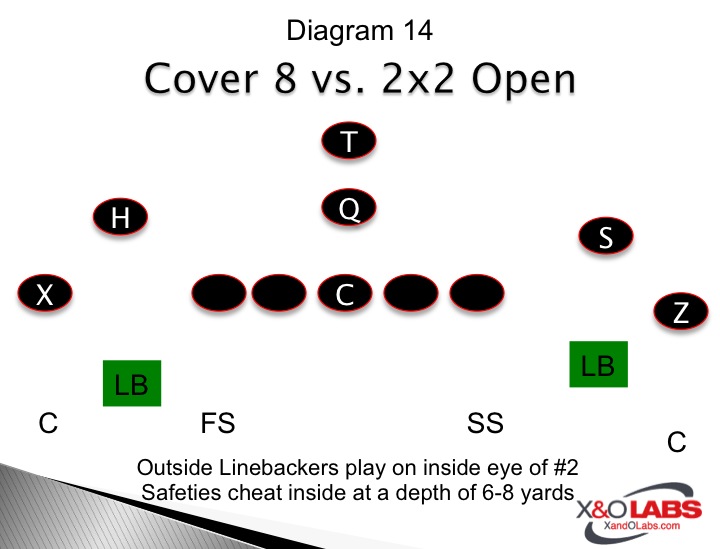 Dulin told us that it’s a coverage used most effectively when your Safeties are your best secondary players.   It gives them the ability to get over the top of vertical routes, yet get involved in the run.   He would have his Safeties get as close as six yards from the line of scrimmage if they felt they can play both the run game and get over the top of number two.    They are asked to play Quarters responsibility in the pass (by playing number two vertical) yet still play the alley - the outside linebackers will have force - in the run game.  His Safeties will soft pedal out on the snap and read the Guard to their side to give us a little bit of a cushion on the run/pass read.  Dulin feels playing against Gun formation offenses, gives his Safeties a better run/pass indicator, allowing them to play both situations.  "We feel we have quick reads with the QB in gun based on whether he’s faking the zone read or he’s popping it up and throwing it to the seam route," he said.