For most of his career, defensive coordinator Joel Taylor was a four-down, quarters-based coach. The last time we worked with him back in 2018 he was at The Citadel (SC) using similar fronts. But as the athleticism of players in the SoCon advanced, particularly at the quarterback position, Coach Taylor shifted to using more 3-3-5 spacing. And the ball was getting out so fast, he didn't see the purpose of rushing four defenders anymore. "We were wasting a rush," he told me. "So, why not just add dropper?" That additional dropper became an off-the-ball outside linebacker (the Kat in his system). While the extra cover defender solved the rush problem, it only exacerbated another issue- quarterbacks were pulling the ball down and either scrambling for extra yardage or extending plays on their feet and delivering the ball into soft zones.

The breaking point came in the last game of the 2020 season when the Samford quarterback lit up the Bears for 443 yards in the air, most of it came from extending plays. And when Coach Taylor decided to designate one second-level defender- usually the Mike- as the fourth rusher the issue didn’t get resolved. "He couldn't tackle the quarterback in space and he had no pass presence because we eliminated him from coverage," he said. "He was in purgatory. We needed more leverage on the quarterback." So, heading into this season the Bears tweaked second-level rush responsibilities from Drop 8 coverage. This one simple tweak helped propel the Bears from 60th in total defense in 2020 to a top 20 finish this season at the FCS level.

The Bears utilize a three-high safety defense on more than 20% of snaps this season. They essentially play with the following personnel:

Like most Odd front outfits, the Kat outside linebacker can play both on the line of scrimmage and off the line of scrimmage. While he needs to be cross-trained to play coverage, according to Coach Taylor it's inexpensive and advantageous to do so. This way the Bears don’t need to change personnel to keep this structure intact.

In the Bears defensive system, there are two forms of Drop 8 coverage. Both come from 3-Deep, 5-Under spacing. The difference is in the responsibility of the outside pieces. One of which is a cover three variant, where the field and boundary safeties are inserted into underneath coverage to play hook curl, the Sam and Will play the flat and the Mike has the high hole.

He calls it “Bunny:” 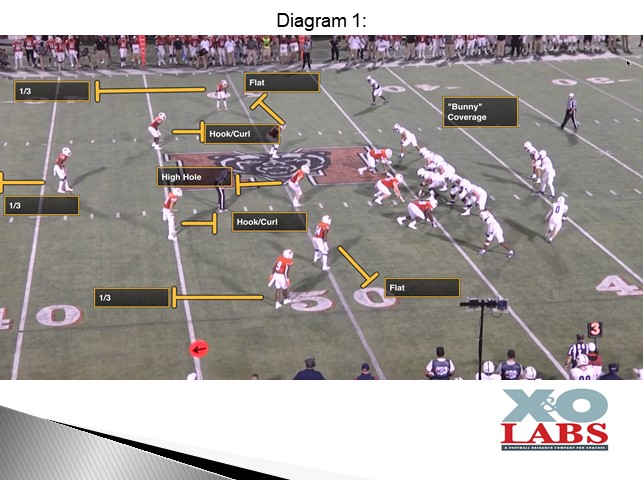 The other variant is a cover two variant, where the field and boundary safeties are pure halves defenders. He calls it "Frog" because the Middle Safety acts as a "Tadpole" playing the middle of the field from the top down. 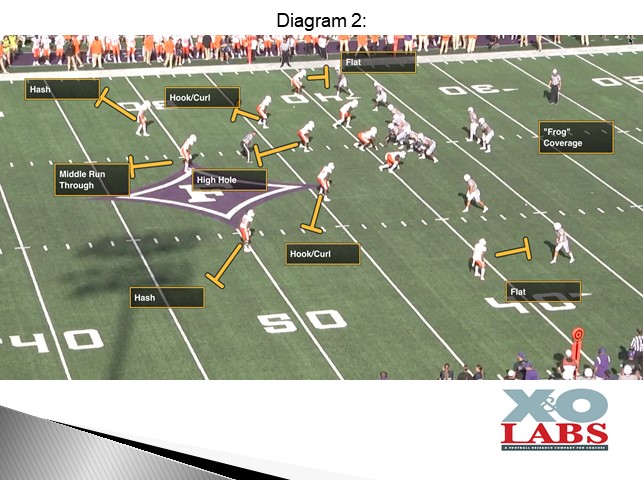 According to Coach Taylor, both are extremely inexpensive to install and efficient against 10 and 11 personnel offenses. In fact, the only times Coach Taylor will choose not to use these coverages is against multiple tight end groupings because of heavy run concepts like the Duo play.

This premise is best described below:

“High Shoulder Read”- Dictates a deeper route such as corners or verticals. 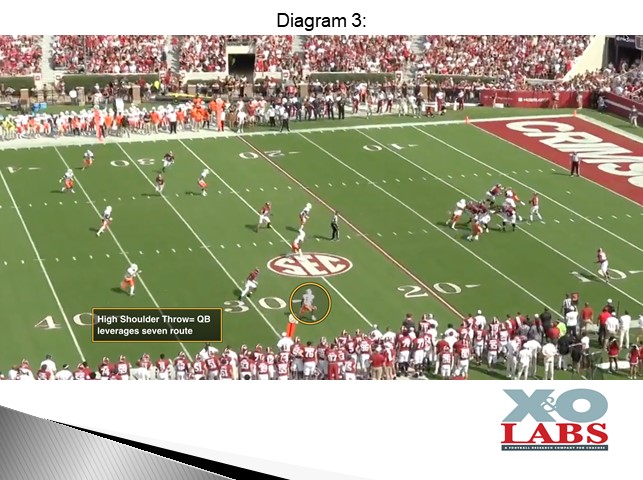 “Low Shoulder Read”- Dictates a shorter route such as a flat throw. 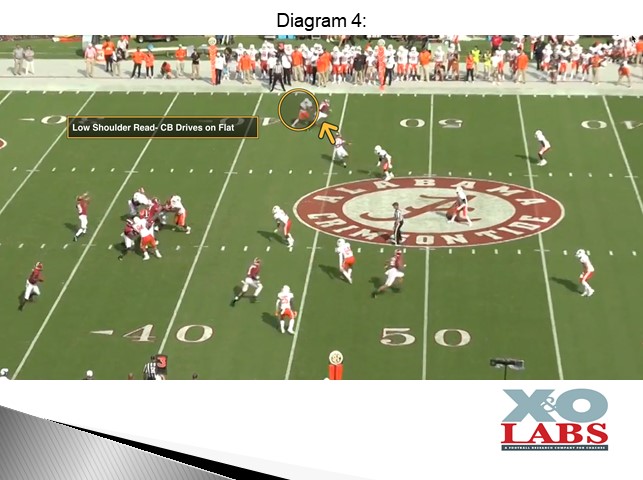 “Hash Shoulder Read”- Dictates a ball expected to be thrown between the numbers and hash. 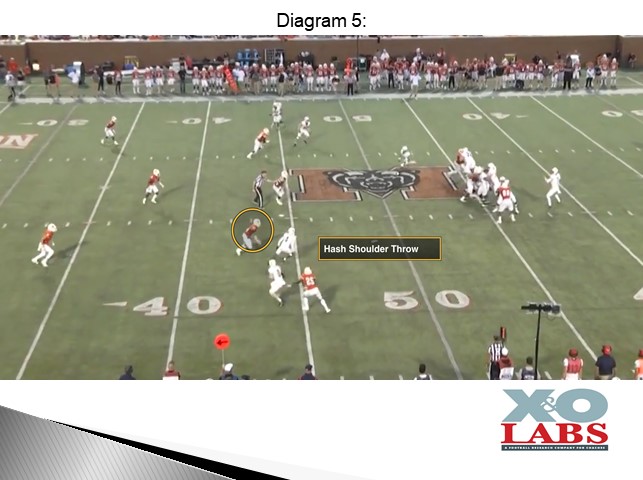 “Sideline Shoulder Read”- Dictates a wider throw such as outs and comebacks. 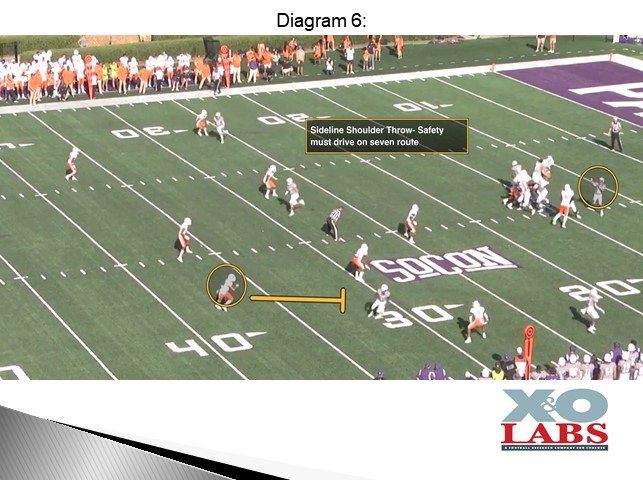 These are important coaching points to understand as we move further into this report.

The rest of this report focuses solely on how Coach Taylor has built-in replace rushes from both of these coverage spacings to limit mobile QB's extending plays.