As you break down your opponents every weekend you start to see trends, concepts, and preferences from your opponent that you know you’re going to have to defend in the week to come. One of the hardest match-ups to equalize is when your opponent has a “go-to” receiver and they go to him… a lot. It’s hard to defend people who have an explosive player and even harder to do when they know how to get him the ball and they consciously find ways to get him touches. At times we will all play someone who has this type of player and will need to find solutions within our schemes that allow us to successfully defend this player without compromising the integrity of our scheme. In 2019 we saw a few of these players and this is how we bracketed those players.

At Shiloh Christian, we base out of 4 down / even spacing concepts but get to 3 down / odd spacing concepts quite often. Additionally, in the past few years, we've added to our 3 down concepts by using a 3-safety structure as well. We’ve modeled a lot of what we do based on what Iowa State has made popular in recent years and what one of my mentors, Adam Gaylor (@CoachAdamGaylor), has run successfully everywhere he's been. We normally prefer this structure in long yardage, end of the half, and 2-minute situations, but at the tail end of our 2019 season, this became a base of sorts when we would play teams that majored in 10 personnel sets. From this came the need to figure out a way to be able to bracket another team's best-receiving threat and still play good defense with our other 9 players. Here is how we used this concept in our second-round playoff game this year. 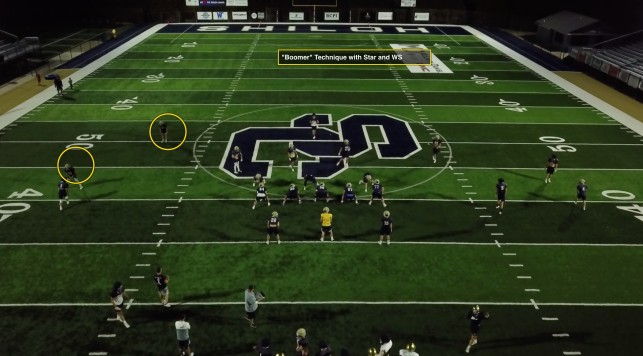 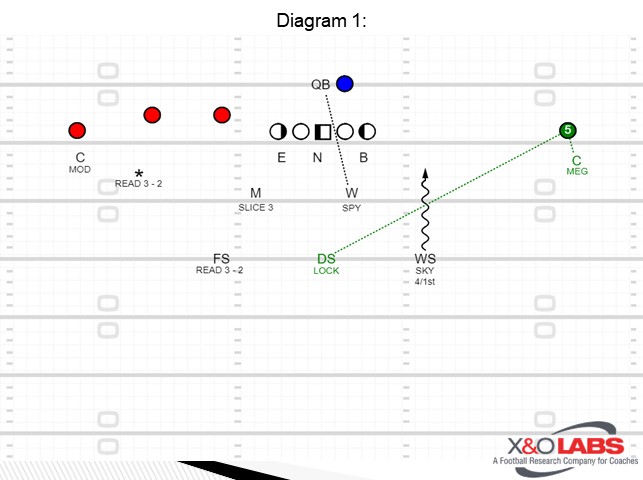 We knew that our opponent was mostly a 10 personnel team and tended to put their best receiving threat to their left regardless of formation. We knew when we were wanting to “lock” their best receiver we were going to use our second-best corner and play outside leverage trail man while utilizing one of the 3-high safeties to play the inner half of the bracket. We knew their best receiver would be lined up as the outside receiver most of the time, but had he been aligned in the slot, we would’ve doubled him with our strong safety (*) and one of the 3 high safeties. We hadn’t seen him in the slot very much and hadn’t seen him run very many routes across the formation so we believed this alignment would allow us to keep the pre-snap integrity of our defense without tipping our hand by moving the corner to the slot.  In ‘Lock” the defender locking the Wr is not involved at all in the run fit.  His job is to cover the receiver and not worry about the run until late.  The defender doubling the Wr should remain inside and on top of the Wr at all times.