Using Robber Coverage Behind a 3-4 Front 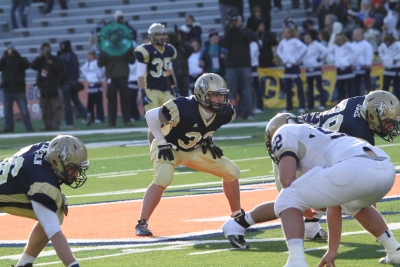 Robber coverage is one way to develop a hybrid style defense to combat several of the no-huddle/multiple formation offenses that we play. After years of developing and tweaking this concept, we have found that this is the perfect high school defense for us. As a rule we use this concept about 60% of the time.

When we conceptualized this defense, we sat down and decided what was best for us:

1. We needed to think less on defense so we could play faster.
2. We had to decide what to do versus multiple formation teams.
3. We had to find a way to combat the no-huddle offenses.
4. We had to continue to find ways to out-athlete other teams.

After studying, we were able to determine the following responses to the points above:

1. Each player has one responsibility.
2. The outside backers will be able to play on the line of scrimmage.
3. Our rule system is simple and concise for no-huddle teams.
4. We use a base 3-man front so we can have an extra athlete on the field.

Here is a breakdown of what we are looking for with each position:

The defensive line must be completely gap aware, that is to say that from the nose to the ends each lineman must be able to “own their gap” on each play.

The Nose must be able to play a two-gap technique. We typically want a bigger body in this scheme, but we have had tremendous success with smaller wrestler types. His ultimate goal is to mess with the center’s snapping hand and disrupt the backfield.

The ends will play the B-gap against the run and the C-gap against the pass. For this reason, they must be athletic. Because of the way we play the front three, they are more active in the run game than they are in the passing game. That said, we look for a 20% QB hurry/hit /sack rate on passes. 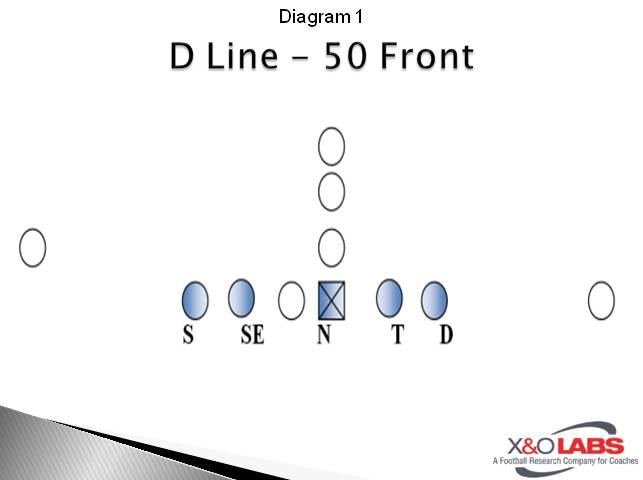 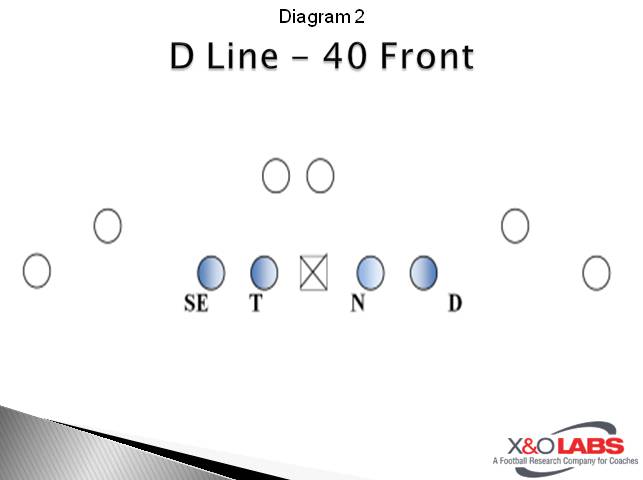 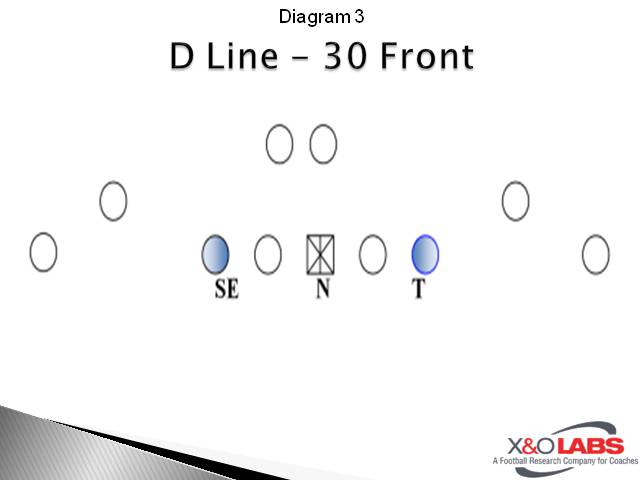 All defensive linemen are taught from day one on how to take up a double team. We use the terminology of “hipping” into the gap.

Inside linebackers (Mike and Will) typically align head-up over the guards who will also serve as their read on each play. In a run fit, Mike and Will have the A gap to the B Gap. Against the pass, they are responsible for the Hook Cross zones. In essence, the inside linebackers need to make every play between the tackles.
The outside linebackers (Sam and Dog) always read the end man on the line of scrimmage and will have several different alignments. The Sam should be the bigger more physically aggressive player of the two. Against a 2 x 2 set, the OLB splits the difference and sets the edge in a run fit. Against the pass, the OLBs are responsible for the Curl-Flat zone. When we get a TE formation, the OLB walks up and plays with his inside foot up splitting the difference. They must always be thinking contain and essentially make every play outside the tackle box. 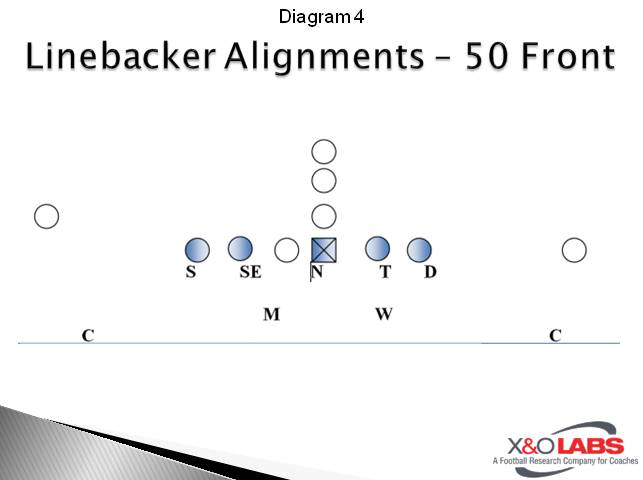 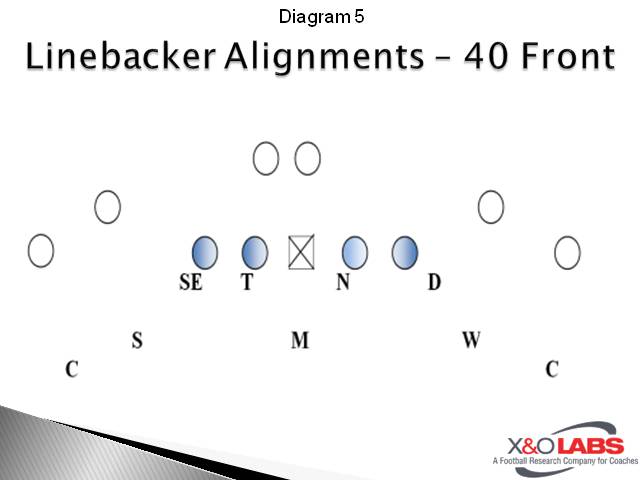 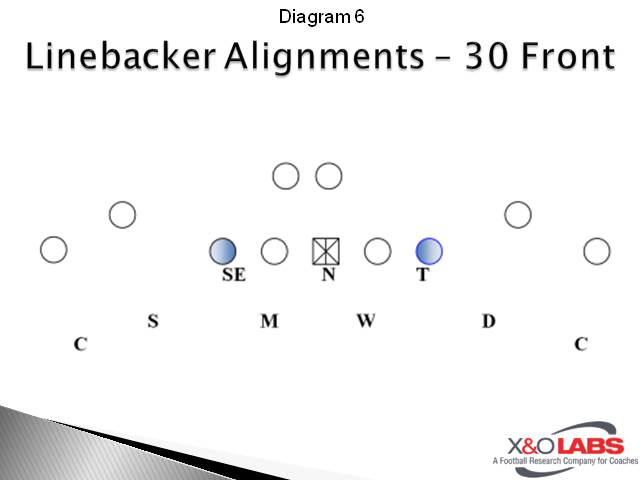 Against crossing routes, both the safeties and OLB eyes must go to the opposite field while yelling “IN” and thinking “collision.”

Against a wheel route, the OLB and Safety will yell “wheel.” This alerts the corner that they are going to switch to an inverted cover 2 and they will then chase.

The safeties in our defense must be very intelligent and athletic and they must always be thinking run first. The rover (strong safety) will make all of our calls so he must know the specific differences between Robber, Cover 3, and Cover 2 coverages.

The rover will align a bit tighter than a normal safety depending on the formation. We will set him between 7-9 yards if the #2 receiver is in the backfield or on the LOS. If we get 2x2 formation, he will align at normal safety 10-12 yards depth. He reads the end man on the LOS to the strength. Against the run, he is an alley player. Against the pass, he reads the #2 receiver. If #2 runs an out, flat, or bubble route, his eyes go to the #1 receiver to rob his route. The rover will play through #1 to the flat thinking “collision” #1. If #2 goes vertical, he will run with him and turn into man coverage.