Trips presented us an issue a couple seasons ago because our weak safety was tied into #3 strong for vertical routes (Solo coverage). That left him out of place in his run fits to the weak side and got us in trouble. With the rise of more power read and speed/lead option to the weak side, we needed an answer that kept our Willie (weak safety) to the weak side while still be sound against trips routes. Lion coverage was that answer. It is a quarters based coverage to trips where we will use two deep defenders versus a possible threat vertical threat while remaining solid in perimeter run defense on both sides of the offense.

What is Lion Coverage?

At its core, lion is a split cover concept used against trips formations. It resembles a ¼, ¼ look with two deep defenders. It also has an overhang player responsible flats and force on run and a linebacker expanding under the hook/curl zone and collisioning and carrying the first incut threat.  All the secondary players except for the PSLB are keying #3 to the trips side for keys and assignments post-snap.

The base assignment for our overhang player in 2x2 looks is to be force on run and work under #1 on pass read (Drop 1 in our language). He will then pick up any final #3 from the backfield or the other side of the formation. We try to keep our key, alignment, and assignment the same in our base coverages as often as possible for simplicity of teaching and because techniques and fundamentals overlap.

The overhang player aligns 1 yard inside by 5 yards off the #2 receiver.  We base the 5 yards depth from the LOS if #2 is a slot receiver. He keys the #3 receiver for his run/pass key.  We teach the following different actions from #3: 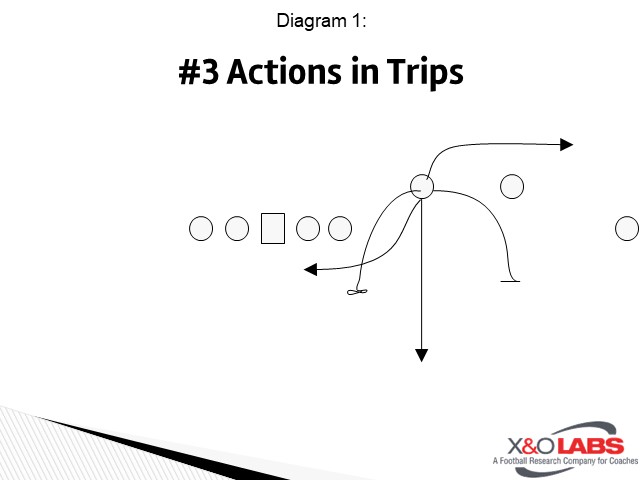 We designate any route where #3 is at a depth even with the starting depth of the overhang as a vertical release. That has made teaching a lot easier for overhangs to identify vertical routes. 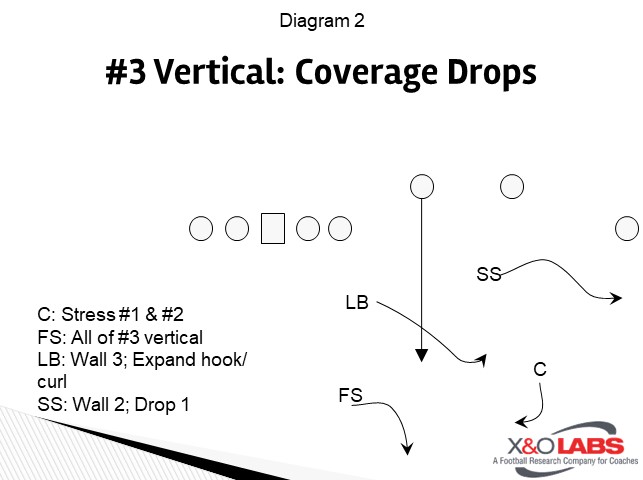 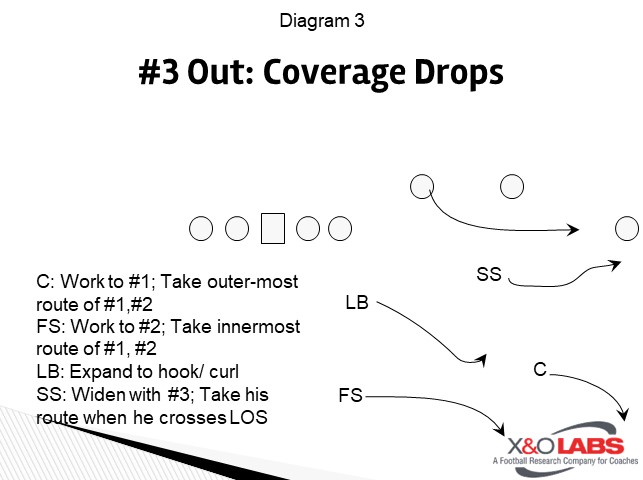 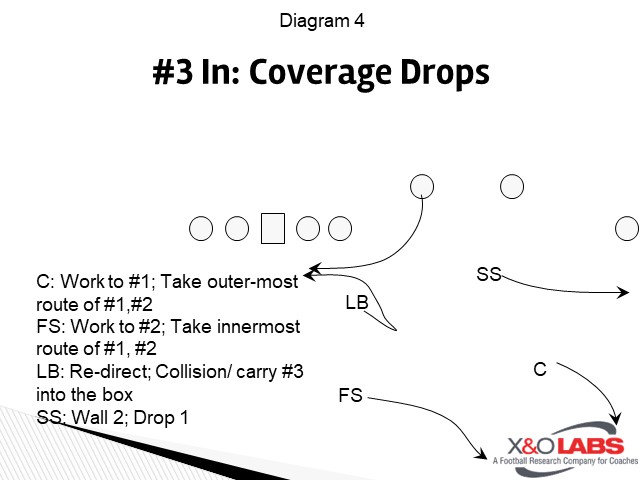 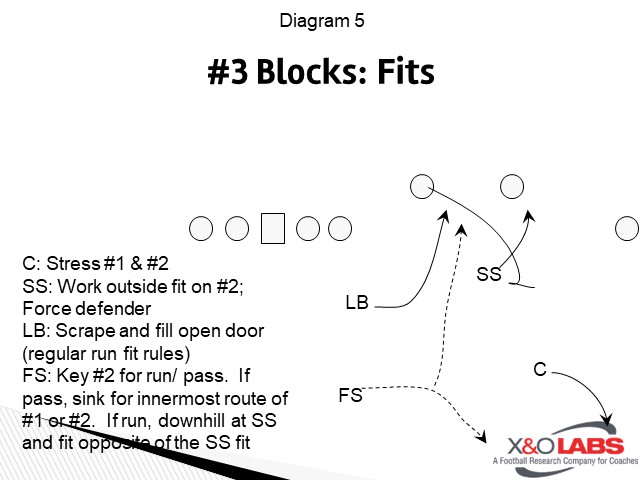 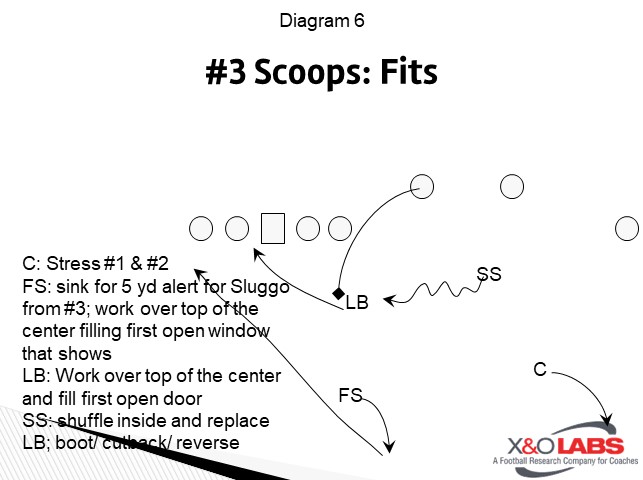 These are the assignments for our overhang versus each release:

PLSB: Base Key, Alignment, and Assignment

The base assignment for our PSLB versus trips is align toes at 5 yards apexing the #3 and the ball.  This stays the same even if #3 is a TE because the PSLB will need to widen slightly because of the trips but not too far from his original alignment. In a trips look, the LB will be cross-keying the QB and the RB. He keys the one furthest from him for run/ pass. In our pass defense, we account the LB as a ½ a pass defender because he is a run first player in our run fits.

Depending on our front alignment, the LB could be responsible for A or B gap to his side on runs his way. We keep try to keep his run fits the same regardless of fronts, and in our base coverages, the LB pass rules are always the same: