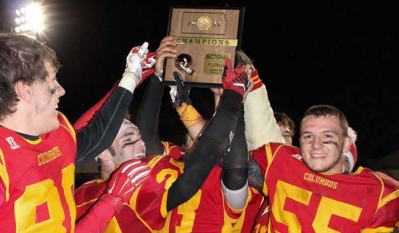 At Columbus High School, we are a 4-2-5 base defense that uses split coverage rules. A couple seasons ago, we divorced our front 6 from our secondary which made things much easier to adjust to what we see week after week.  Our defense is based on rules for different receiver combinations we see at during points throughout the season: 1 WR; 2 WR; Trips; Quads. For this clinic report, I will discuss our two top coverage rules for trips looks.

We base out of a quarters look (called “Blue”). Our free safety (F) and gorilla/strong safety (G) always travel together and move to the receiver strength which will be the trips side. The Willie (W) always aligns away from the F. For trips, our corner aligns 1x7 outside of the #1 receiver tilted inside. The F apexes the #2 receiver and the football. The G aligns 1x5 outside of the #2 receiver.  The W aligns in B gap away from the trips at 10 yd deep. The linebackers bump to the trips. The play side backer apexes the #3 receiver and the football. The back side backer aligns on the weak side shoulder of the RB in the backfield. 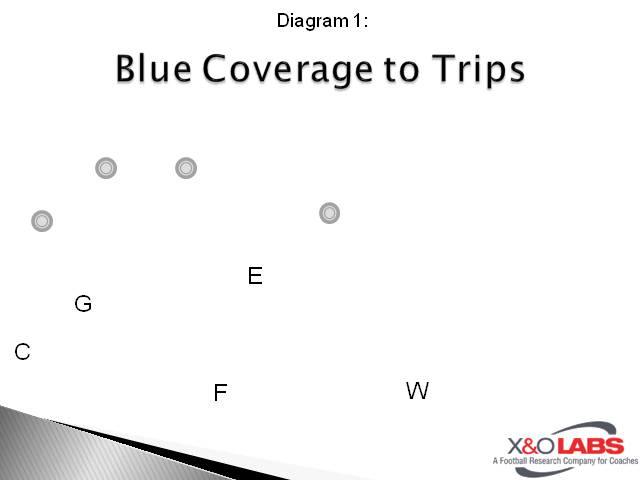 Each defender has a pre–snap key. They are as follows: 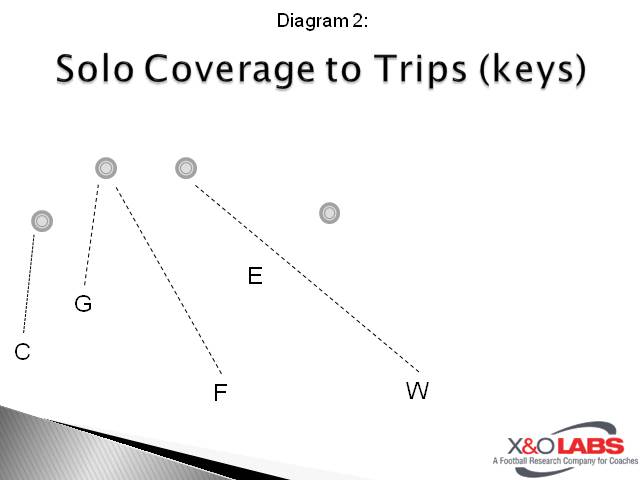 Solo works the same for other trips looks besides Trips Open (see diagrams 3 and 4). The pre-snap keys and the responsibilities remain the same. 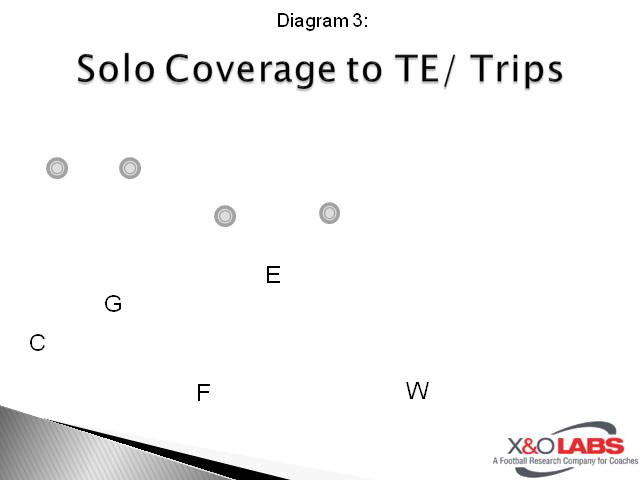 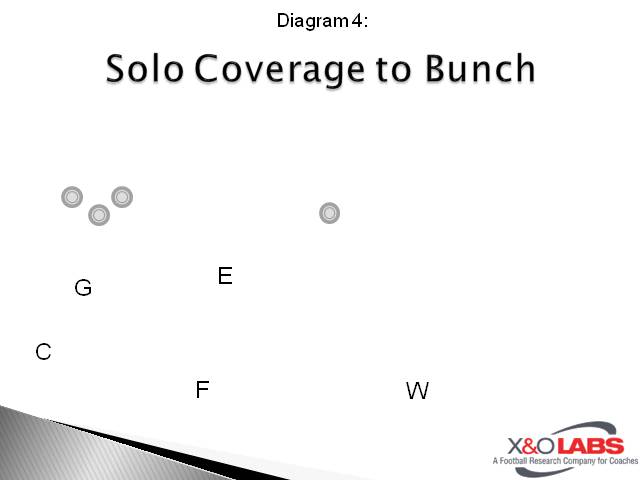