3 Tactics to Defend the Screen Game

RPO, RPO, RPO. That is all us defensive coaches hear today. Oh, how I miss the days when you either had to defend the run or the pass, but not both on the same play. While that is a nice dream for us defensive coaches, the reality is that these plays are here to stay and it will only get worse. One of the major pass concepts offenses’ use off these RPOs is the screen game. This report is about the different tactics we utilize to defend the screen part of all these RPOs. Obviously, teams have the capabilities to run screens without RPOs and these schemes can be used to stop them as well, but RPOs are predominately what we see.

One important step we need to do is define the different types of screens we will be talking about and create a common language in which to discuss these screens. The very first thing is how we label eligible receivers on the offense. We start counting from the outside to the inside on both sides. Therefore we have a #1 receiver on both sides, a #2 receiver on both sides, and then the #3 receiver. (Technically it is the number with either a strong or weak tag based off how we call our defenses strength. Example we make the strength call to trips then we count #1 strong, #2 strong, #3, #2 weak is the RB, and then finally #1 weak is the single receiver.) It is this counting system that allows our players to know what rules, key reads, or players that affect their techniques. 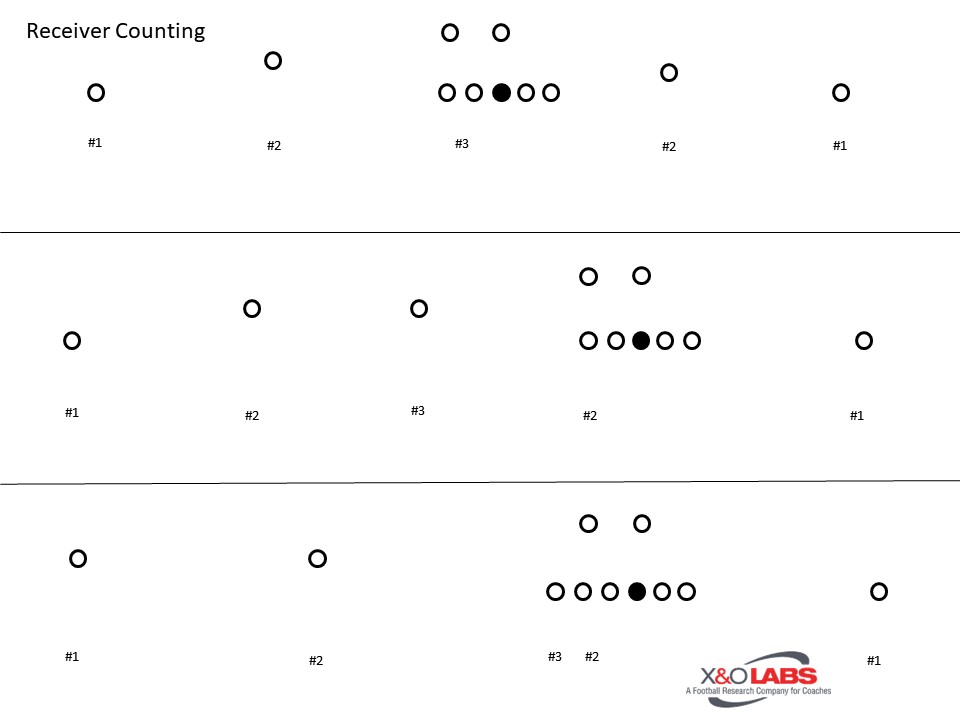 The next step to insure proper communication is describing the types of screens we see, and more importantly, the one’s we will be talking about in this report. The first screen is a bubble screen. This is a screen where the eligible receiver works his way to the sidelines while everyone outside of him blocks. This typically occurs in a balanced set (equal number of eligible receivers on each side) to the #2 receiver or to the #3 receiver in Trips sets. This can even occur to #2 weak in a trips set if the RB flairs to the sideline on the side of trips. However, regardless of who catches the screen it is going towards the sideline.

The next screen is the tunnel screen. This is a screen where the receiver is coming back towards the ball and his teammates are blocking the defenders out. This is also a screen where the offense may release offensive linemen downfield to block defenders. This can typically be done to any receiver except for a running back in the backfield.

The next type of screens is a combination of the bubble and the tunnel screen call a dual screen. This means that one side is running a tunnel screen and the other side is running a bubble screen. In the same realm is the Now screen. The Now screen is where the receiver catching the ball stops where he is or works straight back a bit and catches the ball. This now screen can either be a tunnel or a bubble screen, it just depends on how they choose to block it. The other popular way to run the Now screen is from a stack formation. The stack formation is where one receiver lines up right behind the other receiver. This can occur from #1 and #2 or #2 and #3.

Most teams we face use many different combinations of these screens from multiple formations. It is imperative that as we defend these screens that we have answers that are simple for our players and multiple for any offense. Here is how we start defending the screen game from our opponents.

The first thing we do to try and limit the number of screens is pressing the corners. Our base starting point for the corners is head up on the #1 receiver. This alignment will be adjusted based off the coverage called and / or the formation the offense aligns in. We do this so our players can be aggressive and change angles of the blockers. Putting them in a position to be aggressive and play with confidence is a cornerstone of the entire defense. First reason why this effects the screen game is the release of #1. If he is the person receiving the screen, he must get a good release to create some distance between himself and the corner. If the receiver fails to create that separation, it allows the corner to stay right with him and be very aggressive on any ball thrown to him since there is no pass interference behind the line of scrimmage. Another reason for allowing him to be aggressive is if #1 is blocking the corner, contact happens right away and that receiver must hold onto that block for a while. It gives us a better chance to defeat the block when we get our hands on him quickly and it eliminates the possibility of cut blocks. The last reason we like the press alignment in defeating the screen game is because it makes it the trap technique must easier to execute. (Will be explained more in the trap section.) 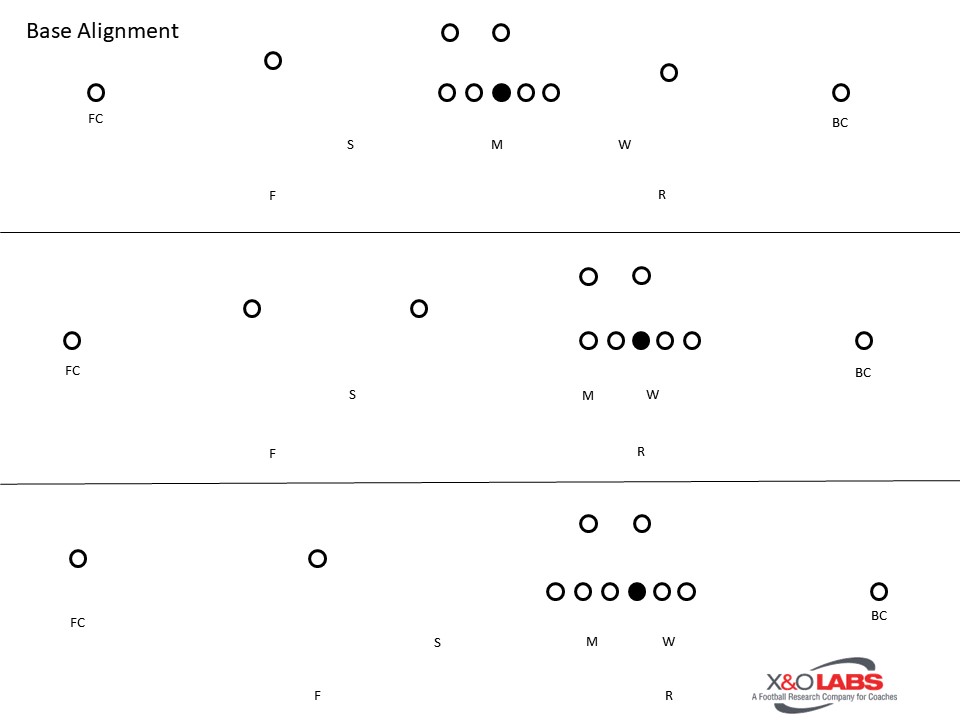 The first tactical scheme we use to combat the screen game is our quarter, quarter, half coverage. In this scheme, we can roll the ½’s side to whatever one we want to. Most of the time we roll it to the side we have scouted the screens to come from so we can have an aggressive corner to that side. The safeties are in charge of communicating to the corners which side we are rolling to and which side is away by using a “Roll Right” or “Roll Left” call. Here is each positions alignments, assignments, and techniques.