The advantage of utilizing a 4-2-5 front structure is that it keeps both six in the box and is malleable against basically any offensive formation. When it’s coupled with man free coverage it provides for advantageous personnel matchups all over the field. While split field coverages are tied to 4-2-5 fronts, we’re finding that many 4-2-5 defensive coordinators are mixing in a good amount of cover one structures to account for every possible receiver on the field while keeping six in the box to defend the run game. The best part is there is no conflict defender sitting in an apexed alignment forced to make a decision on run or pass. Quite simply, there are separations of run defenders and pass defenders pre-snap.

We will detail how our contributors are coaching these interior and exterior defenders to play both the run and pass in case three. But in this case, we will focus more on how the 4-2-5 front structure adapts to each of the more popular one-back formations and how coaches are able to create personnel matchups on the perimeter. 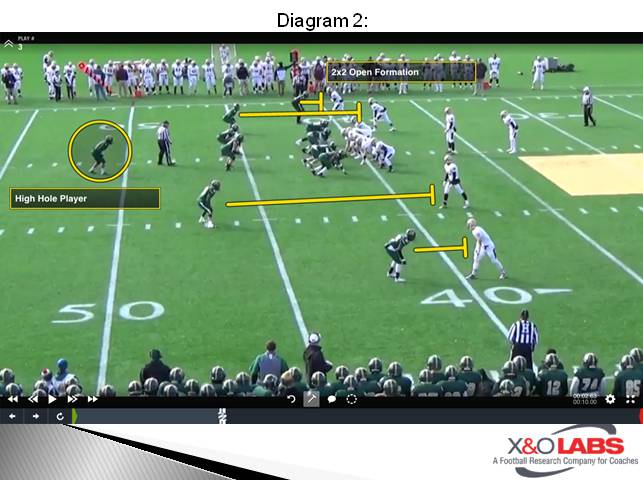 Against 2x2 formations, the six-box will not change. The adjustment comes on the perimeter, where each receiver is covered down by the two corners and a strong safety and weak safety. The free safety is traditionally the high hole defender. 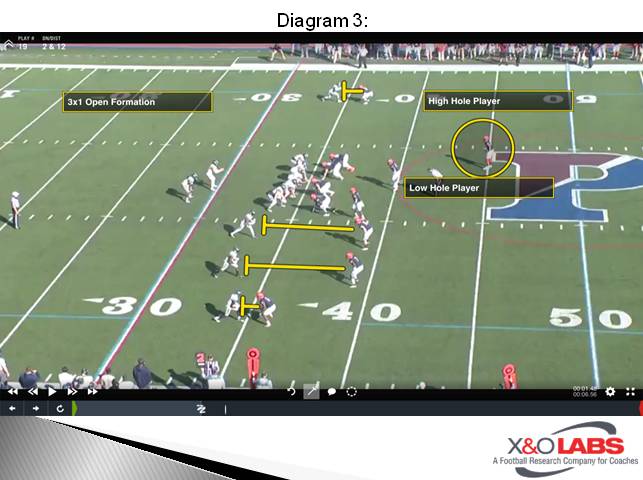 Again, the box doesn’t change with trips formations. One interior linebacker will typically play the back and the other will play the quarterback. We will address how this will vary in case three. In the back end, the weak safety will traditionally be the high hole player, while the strong safety, free safety and corners scramble to align on the other receivers. 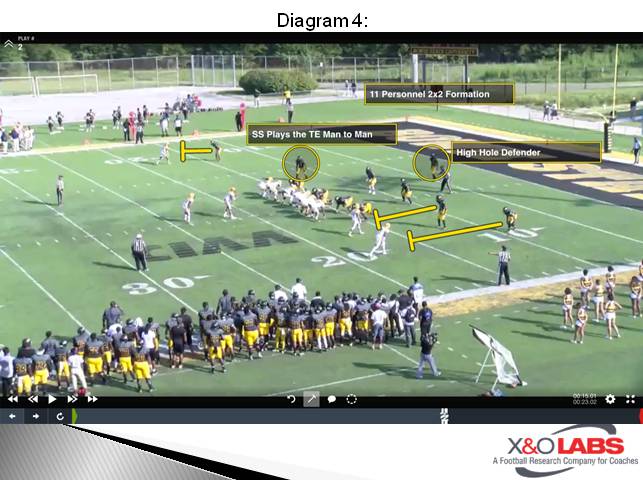 The advantage of a closed tight end is that the defender responsible for him in coverage is able to play both the run and pass based off the tight end’s movement. As Will Pluff, the defensive coordinator at Utica College told us, “he has the best key in football. It’s hard for him to lie.” In these situations, the corners and safeties decide who will be the high hole player. 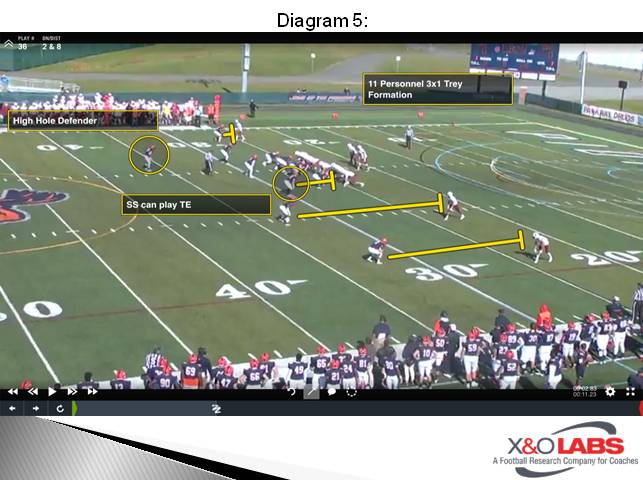