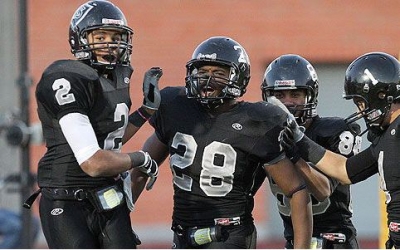 How many times have you heard, "I'd hate to be a defensive coach with all the dynamic offenses out there"? To say it's a challenge would be an accurate statement, but it would be wrong to say it is impossible. We have found that the teams who do the best job containing and stopping these offenses teams must be sound and simply get each player to buy in to his assignment. That is why our staff at Steele High School believes that the two most important components to defensive success are being aligned correctly and knowing and executing your assignment. If the players can execute those components, then the coaches can focus on the details of the scheme as a whole (ensuring that coverages match fronts, controlling gaps or wrinkling with blitzes and stunts). We ultimately play under the rule of controlling gaps and zones so we are not out-flanked trying to match man for man.

Great offenses are all about rhythm, especially the up-tempo schemes. Over the years, we have found that one of the best ways to get these offenses out of their rhythm is to make them second guess what they see pre-snap. That is why we believe wholeheartedly in the power of disguising our coverages. In order to make this happen, our team focuses on understanding the opponents snap indicators and presenting a consistent picture to the quarterback.

We teach our players that the longer you are able to hold a look and lie to the QB’s eyes, the better off you will be. Once our players buy it to the concept, they begin to look for ways to hold their look.

The first step in disguising coverages is to identify the pre-snap indicators that our players can use to time the snap. That process begins in the film room as we analyze the snap count paying careful attention to the QB’s tendencies. We will assess his type of snap to determine whether it is a clap count, verbal cadence, check-with-me, or a traditional sequenced count. That information arms our players with the information they need to begin their movement. Our safeties are taught to wait until the indicator to roll into the coverage called. Our corners can also use a bail technique to keep everything in front of us once the indicator is given.

Quarterbacks that think they know what we are doing are the easiest to confuse. That is why we as a cover 2 team play in to his assumptions and give him a consistent two look. It is our desire to show two on the roof until the last possible second regardless if we are eventually playing man, three, or quarters. We have our corners pressed on the edges and usually do not change that concept as it is a big tone setter for us. This is done to allow our CBs to play as the force defender and the safety to use his intellect and react to the play whether he reads the lane of ball and plays the alley or drops into the appropriate coverage. When playing quarters, we will still show two on the roof to make it look like a cover two coverage as the pre-snap read. Upon seeing the indicator, our safeties will move from 10-12 yards up to 8-10 yards while reading keys. Another wrinkle that we use is varying which safety scrolls depending on what our front seven is doing. If we are blitzing, it is important for the safeties to know who is leaving and ultimately whether or not they are losing a linebacker (covered later).