Editor’s Note:  X&O Labs Senior Research Manager Mike Kuchar spent some time this spring with Montclair State University’s (NJ) offensive coordinator Rich O’Connor talking about his hot route system that he’s been implementing for the last 10 seasons.  Over that time, the Red Hawks have had tremendous success at the Division 3 level using this system.  O’Connor shares his insight below. 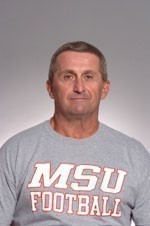 Coach O'Connor's Biography:  Rich O’Connor is entering his 10th as Montclair State's Offensive Coordinator. He has served on the staff for 30 years.  During his tenure,  the Red Hawks have qualified for five postseason appearances, including three NCAA Playoffs berths in 2009 and 2010. In addition two of Montclair's quarterbacks have been named the NJAC Offensive Player of the Year. Prior to taking over as offensive coordinator, O'Connor served as offensive backfield and special teams coach where he guided many talented tailbacks in his career. And if one were to look at the MSU Top 10 Rushing list, many of the names there have been coached by O’Connor. Among those included are the top two names on the list - John Walker and Ron Lewis (the two combined for over 6,000 yards in their careers.)

Anytime coaches devise six-man protection schemes, he has to made a decision on whether to slide protect with the back or to dual read with him and throw “hot” in the case of six man pressure.  Rich O’Connor, the offensive coach at Montclair State University (NJ) chooses the latter and he’s been doing so for over ten years.  His reasoning is simple- if the QB’s in the shot gun formation (and not in the Pistol) defenses can key the back and set their pressure to him (Diagram 1).  “Teams will key blitz the back,” said O’Connor.  “In that case, we will throw hot.  It’s part of running a pro style offense.”   According to O’Connor, it’s been a staple of his offense and he devoted 7 out of 15 practices this past spring just working on this protection. 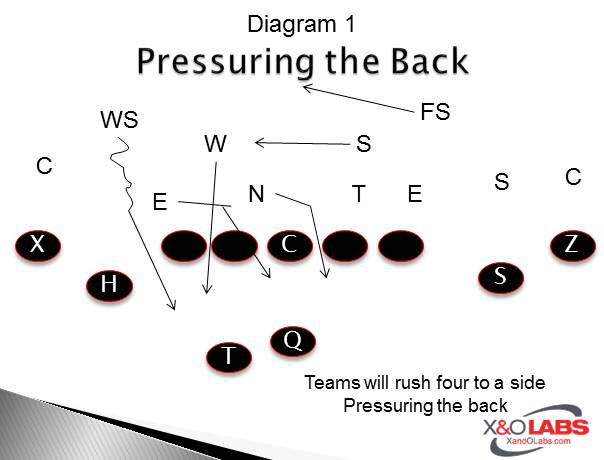 To be clear, this kind of protection is based off the five-step game and not the quick game.  It’s also important to note that this isn’t the only protection that O’Connor uses.  In fact in some cases, particularly in the quick game, O’Connor does choose to slide protect.  But, this is clearly his protection of choice.  “Anytime we see a five, six or seven man pressure team we work on throwing the ball hot,” said O’Connor.  According to O’Connor, each week during the season, he and his offensive staff will sift through scouting report information in an attempt to determine the following:

Structuring “Hots” based on Protection