Editor's Note:  Coach Merfeld has been on staff for at Edgewood High School (WI) for the past seven seasons, including the last three as the defensive coordinator. During that time, they have advanced to the state quarterfinals four times in the last seven years and set a school record in wins and advanced to the state semifinals in 2011.  Edgewood has made the state playoffs in 19 of the 21 seasons that Alan Minnaert has been the head coach. 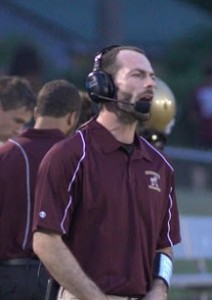 We use our "Hawk" package almost exclusively in long-yardage situations. We are rarely in it before third down unless it is an obvious two-minute passing situation. We have three down linemen, four linebackers, and two high safeties. We usually go into a game with three calls in this package: a three-man rush, a four-man rush, and a five-man rush. These different calls complement each other by mixing coverages, varying the number of rushers, and keeping the offense off-balance. In this article I will talk about our "smack" (five-man) blitz and our three-man rush call, where we show a blitz but play maximum coverage.

Our smack blitz  (shown below) is the standard NCAA fire zone blitz. We rush two linebackers from the same side and roll the safety down behind it. It is one of our favorite calls in 3rd and medium-to-long situations where the quarterback has to hold the ball longer. We don’t get many interceptions, but we get a fair amount of sacks and a lot of incompletions. Our yards-per-play is typically very good and we usually have a very low conversion rate on third downs. 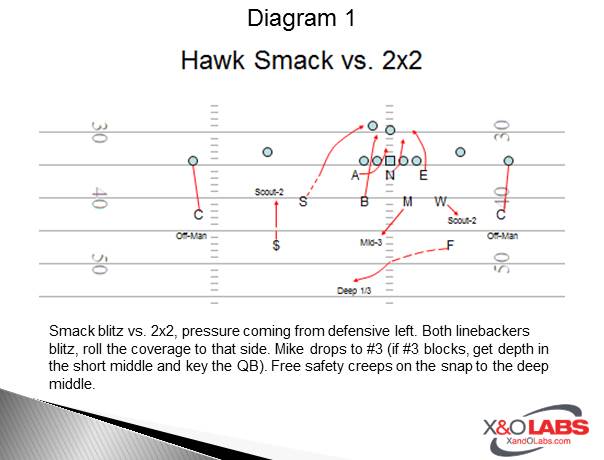 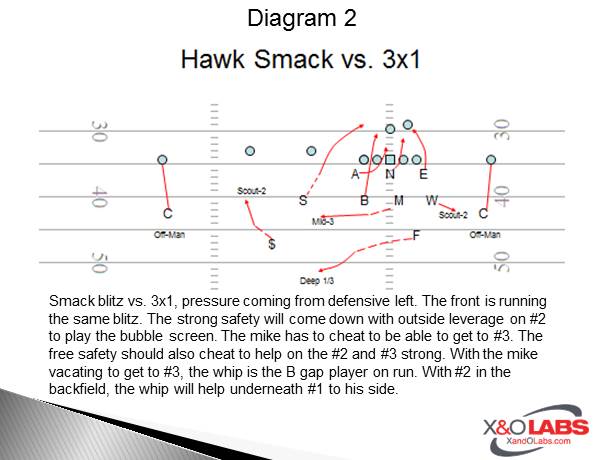 We typically blitz from the wide side of the field, but it can also be called to the passing strength or another tendency (right/left, to or away from the running back, etc.). Because the front is balanced, it is relatively easy to check or call the blitz at the line of scrimmage. This blitz allows us to overload one part of the protection and play zone coverage behind it (as opposed to rushing six or seven and playing man coverage). We can still get pressure and force the ball to come out quickly, but it is safer than playing cover zero. The way we play our fire zone coverage also self-adjusts to all standard formations from 10 and 11 personnel (including empty, which isn’t the case for a lot of man blitzes). 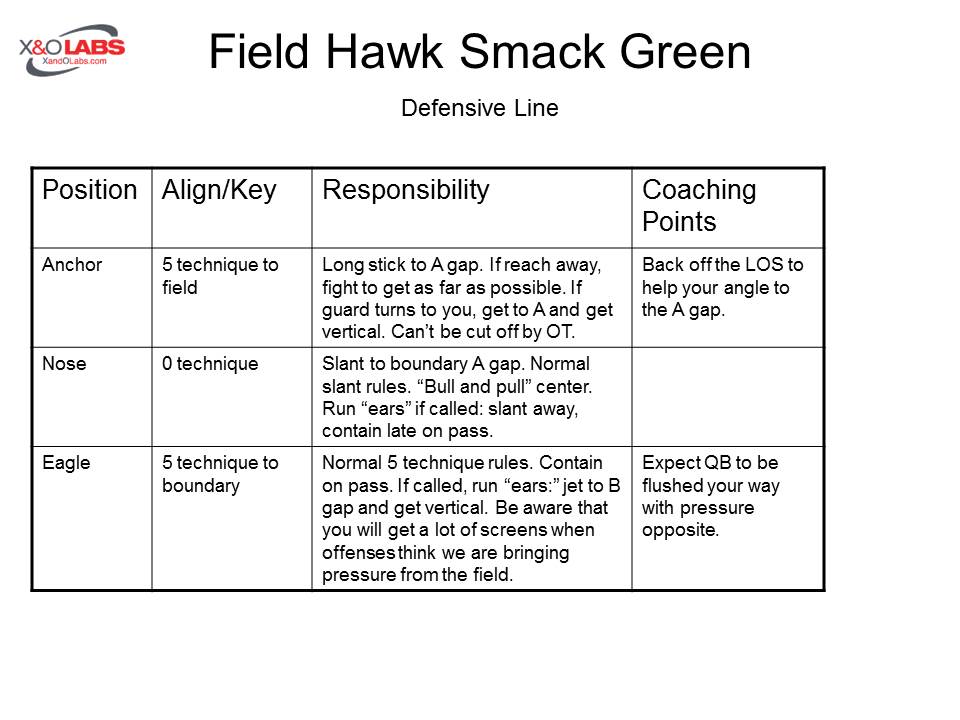