Killing the Power with the X Stunt 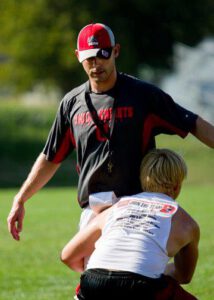 This year our defense got a lot of mileage out of a relatively easy exchange (X) blitz concept as a means to derail the off-tackle run, specifically the Power scheme.  The exchange, meant to complement our base ‘Bully’ defensive end (DE) concept, occurs between the call-side DE and the call-side outside linebacker (OLB).   The blitz works best when we have a B-gap defensive lineman to occupy the offense’s tackle (OT) on the blitz side.

Here is a thumbnail version of our X blitz:  (See Figure 1) 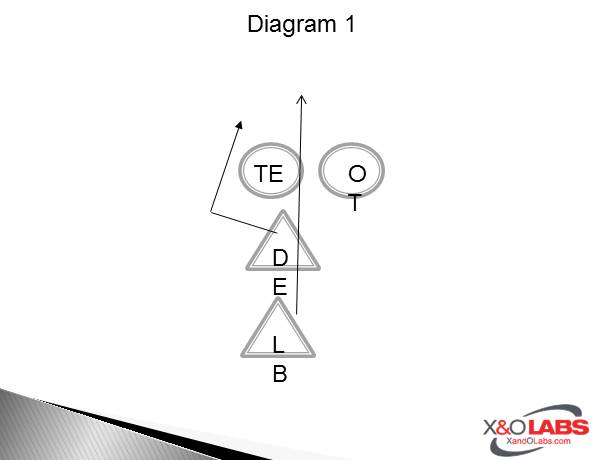 Playside DE: Align in a tight 7 technique (inside shade of the TE).  Slant outside on a flat path to clear the TE.  You are the contain player.  Snap eyes inside once TE is cleared to adjust path as needed.

Playside OLB: Align in 80 technique (head up the TE, off 4-5 yards).  At the snap, run through the DE’s crack; expect to come free but fight through if TE closes.